Frontex to increase presence in Lithuania 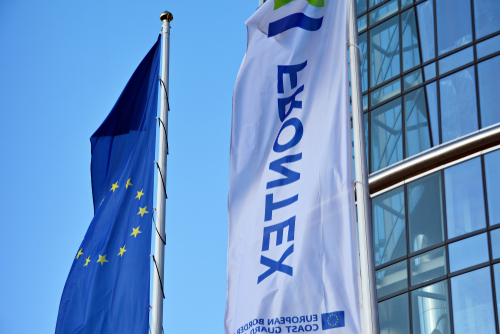 Brussels (Brussels Morning) The EU Border and Coast Guard Agency (Frontex) has announced plans to increase its support to Lithuania this week as the country copes with a surge in illegal migration.

The agency stated it would deploy more personnel and patrol vehicles to Lithuania’s border with Belarus. Vilnius had accused Belarusian authorities of using border control as a weapon, DW reported.

“We are ready to strengthen our level of support and deploy more European standing corps officers and equipment”, Frontex Director Fabrice Leggeri declared, adding that the agency was “speeding up and beefing up what was already planned”.

State of emergency in Lithuania

Lithuanian authorities reported that roughly 1,500 migrants, largely from Africa and the Middle East, had been detained by Friday. The country declared a state of emergency and announced plans to build a wall on the border to curb illegal migration from Belarus.

Last week, Belarus President Alexander Lukashenko threatened the EU with mass migration in response to its sanctions regime. EU Council President Charles Michel made clear during his recent visit to the Lithuanian border area that the bloc is not intimidated by the threat.

Tensions between Belarus and the EU rose over the forced landing of the Irish low-cost airline Ryanair flight in May, which resulted in the arrest by Belarusian authorities of anti-government activist and journalist Roman Protasevisch. Belarusian opposition politician Sviatlana Tsikhanouskaya, who ran against Lukashenko in the disputed election last year and then fled the country, continues to assert that the election was rigged.