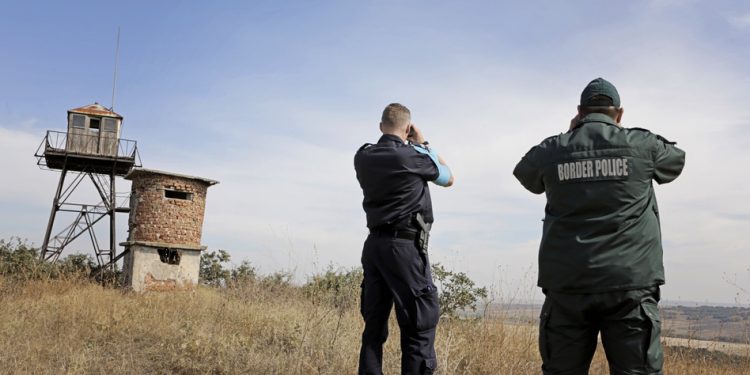 A joint investigation by Bellingcat, Lighthouse Reports, ARD, Der Spiegel and TV Asahi last October suggests that Frontex “was involved in one pushback incident at the Greek-Turkish maritime border in the Aegean Sea.” In addition, the report says Frontex personnel were present at another pushback incident and “have been in the vicinity of four more since March.”

EU Commissioner for Home Affairs Ylva Johansson stressed that she has confidence in Frontex’s leadership, but is worried nonetheless about the pushback allegations. Frontex announced an internal investigation after the report was released in October, with agency director Fabrice Leggeri noting at the time that no evidence supporting the allegations had been found.

Leggeri pointed out that Frontex does not tolerate violations of fundamental rights and reiterated that there was no evidence to substantiate the pushback allegations. Pushbacks violate international refugee protection agreements which prohibit the return of people to a country when their safety is in danger because of political or religious beliefs, or immutable characteristics.

Frontex heads discussed the allegations at a meeting late last month and have scheduled another for 9 December in order to prepare a more detailed report to the EU Commission.

While migrant entries have dropped in recent years, many are waiting in Greece for their asylum applications to be approved or to be sent back. As part of the migration reform, the EU introduced independent monitoring to make sure there were no pushbacks.

Speaking after a parliamentary session on Tuesday, MEP Kati Piri called for Leggeri’s resignation, stressing that he did not answer all questions about Frontex’s alleged illegal practices, Kathimerini reports. MEP Tineke Strik stressed that migrants and refugees are “very vulnerable to pushbacks by border guards,” adding that Frontex seems to be violating rather than protecting human rights.

She expressed her doubts that the internal probe in Frontex would produce results and called on the EU Parliament to launch an independent investigation. “Frontex doesn’t criticise these violations and even seems to facilitate them,” she claimed. After so many denials by Frontex, it made no sense to await another ‘’internal evaluation’’ by the agency, she said. It was essential to investigate whether EU member states and Frontex had violated human rights, she added, because it was up to the EU Parliament to “take the necessary political steps to stop these terrible illegal pushbacks.”