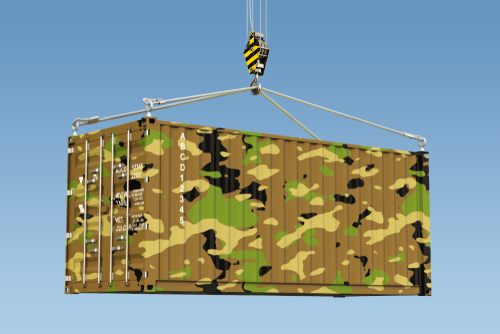 Brussels (Brussels Morning) French arms exports dropped 41% in 2020, a consequence of the global health crisis and the absence of major contracts. French manufacturers received orders worth 4.9 billion euro in 2020, compared to 8.3 billion in the previous year.

According to the annual report submitted to the French parliament, France’s largest client was Saudi Arabia, which ordered 704 million euro worth of weapons, followed by the US (434 million euro) and Morocco (426 million euro).

The report attributes the steep decline in exports to “constraints linked to the global health crisis which pushed back several arms prospects to 2021… and the absence of major contracts exceeding 500 million euro for the year 2020”.

The French Defence Ministry defended its track record by claiming that the decrease “does not reflect a fundamental trend”, while pointing to a recent slew of large sales contracts for new and used Dassault Rafale jets.

The series of Rafale sales started in January, when Athens and Paris signed a 2.5-billion euro contract for the sale of 18 Rafales, six new and 12 currently used by the French air force. An additional contract was signed covering logistical support for the aircraft.

A second, more controversial sale involved Egypt’s order of 30 new Rafale fighter jets for 3.75 billion euro, in a deal revealed by investigative website Disclose in May to include guarantees by French banks for the repayment of Egypt’s loan.

Later in May, the Croatian government announced it would sign a 999-million euro deal with France for the purchase of 12 used Rafales, becoming the second EU member state to choose the French multipurpose combat jet for its air force.

French arms sales to MENA countries continue to be a matter of concern for rights NGOs. In November last year, 14 organisations including Human Rights Watch and Amnesty International called on the French government to grant parliament control over arms sales in the future, warning that arms sold to the United Arab Emirates and Saudi Arabia would likely be used illegally against the civilian population in Yemen.