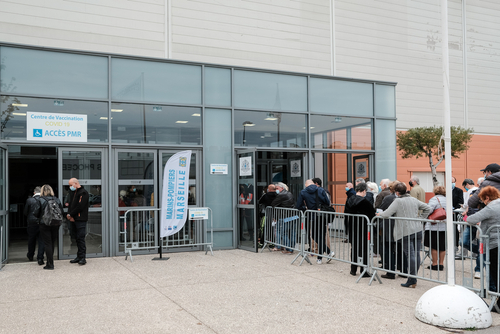 Brussels (Brussels Morning) Two vaccination centres in France were vandalised over the weekend amidst protests against the government’s latest rules to control the coronavirus pandemic.

One vaccination centre in the southeast of France was flooded on Friday and another in the southwest was damaged in an apparent arson attack, the BBC reported on Monday.

More than 100,000 people took to the streets on Saturday to protest against the government’s pandemic control measures. The new rules include mandatory COVID-19 vaccination for health workers and the introduction of health passes that are mandatory for access to most public places.

After Macron announced the new rules last week, hundreds of thousands of citizens made arrangements to get vaccinated. At the same time, France experienced several acts of vandalism and violence directed at MPs who had expressed support for the new rules.

On Monday, police said they were investigating the suspected arson attack in the southwest village of Urrugne, where, according to RFI reporting, the Mayor said that a flammable liquid had been poured around the centre.

Firefighters limited the damage to the vaccination centre, which is expected to reopen on Wednesday.

The centre that was attacked on Friday was flooded by fire hoses while anti-vaccination slogans and graffiti were sprayed nearby.

The incidents appear to be linked with protests against the new government measures.

Just over 50% of French have received at least one COVID-19 vaccine shot, with less than 40% fully vaccinated.

Last week, government advisers warned that a fourth wave of infections would hit the country in the coming months.