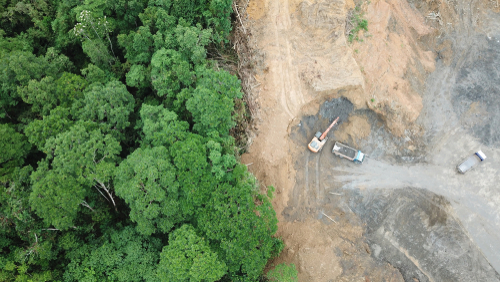 Brussels (Brussels Morning) A coalition of indigenous activists and environmental NGOs from France and the US have filed a lawsuit with a French court against the supermarket chain Casino, accusing it of stocking its stores in Latin America with meat linked to deforestation of the Amazon, France24 reported.

“We want Casino to respect its environmental obligations by adopting new measures for the environment and to pay damages to indigenous communities for the harm they have suffered,” said the coalition’s lawyer Sébastien Mabile.

The lawsuit marks the first case in which a French supermarket has been taken to court over acts allegedly committed by its suppliers. It invoked a 2017 due diligence law that requires French companies with more than 5,000 employees to ensure human rights and environmental protection provisions are not violated by their supply chains.

Citing evidence compiled by The Hague-based nonprofit Centre for Climate Crime Analysis, the coalition claims that three slaughterhouses supplying meat to Casino in Latin America have sourced cattle from 592 suppliers responsible for at least 50,000 hectares of deforestation between 2008 and 2020.

The group is seeking 3.1 million euro in damages, a meager sum compared to the chain’s 31.9 billion euro sales in Latin America last year alone. The coalition seeks reparation for both environmental damage and for human rights violations suffered by indigenous communities.

The group also singled out Carrefour, another French retail chain, noting that they chose to initiate a lawsuit against Casino first, since it operates in both Colombia and Brazil, while Carrefour only has subsidiaries in Brazil. “But our demands regarding Carrefour are the same,” Mabile declared.