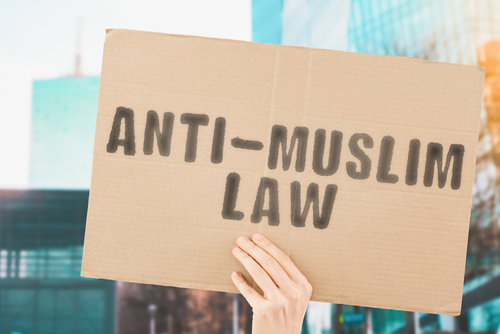 Brussels (Brussels Morning) Some 150 people gathered in a peaceful rally in Paris on Sunday, calling for the scrapping of a controversial bill aimed at rooting out Islamist extremism, on grounds that it could trample on religious freedom and make potential suspects of all French Muslims,  AFP reported on Monday.

President Emmanuel Macron’s government argues that the new law is needed to protect French values such as gender equality and secularism, as well as to prevent radical ideas from taking root and inspiring violence. Protesters, on the other hand, claim that the bill would stigmatise the second largest religion in the country, given that most of the country’s Muslims are not extremists.

“It’s not worth attacking a whole community because one person did a horrible act,” Zeyneb Bouabidi told AFP as she described how she faced discrimination at university and in her jobs because of her name. She was fearful the new law could only make it worse. “They make comments like ‘go back to your country.’ But I am in my country! I was born in France,” she said.

The protesters, including Muslim, anti-racism, left-wing, pro-Palestinian and other rights activist groups gathered on Sunday near Trocadero Plaza in Paris, and publicly called for the law to be rejected. Other religious groups, from Buddhists to Roman Catholics, have also previously expressed opposition to the bill. The bill is up for a vote on Tuesday, and is expected to easily pass both houses of Parliament.
The government insists the bill doesn’t target Muslims. As written, it seeks to halt the issuing of virginity certificates, the practice of polygamy and forced marriage. It would crack down on fundamentalist teaching by requiring all children older than three to attend state schools, and would tighten rules on the funding and functioning of mosques and religious associations.