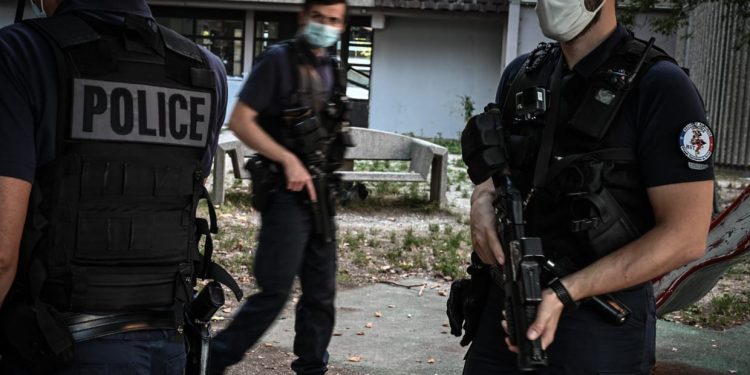 Brussels (Brussels Morning) French police have raided the homes of incumbent and former officials on Thursday as part of the investigation into the government’s response to the coronavirus pandemic, according to an AP report.

The second wave of the pandemic has filled about a third of France’s intensive care units, with President Emmanuel Macron announcing curfews for approximately 20 million citizens in nine metropolitan areas, starting Friday night. The government has been accused of lying to the public about coronavirus-related issues including face mask stocks, testing needs and the country’s capacity for fighting the pandemic. A protest of medical staff some 1,000 strong marched through Paris yesterday, Thursday, demanding more staff and higher wages after years of cuts.

A group of physicians, patients, prison personnel and police officers, among others, filed more than 90 complaints over the government’s handling of the pandemic in the spring. Physicians have accused the government of lying earlier in the year about the usefulness and supply of face masks, with the government stressing that its early claims about face masks were based on limited understanding of the new virus.

While Prime Minister Jean Castex announced a nationwide ban on public weddings on Thursday, President Macron encouraged people to travel as usual for the coming autumn school vacations. Despite the mixed messages, the government has announced it is deploying 12,000 police officers to enforce the curfew, with Castex stressing that there can be no returning to normal life as long as the virus exists.

France has reported approximately 180 confirmed new cases per 100,000 people per week, with 22,591 new cases on Wednesday and more than 33,000 coronavirus-related deaths in total.