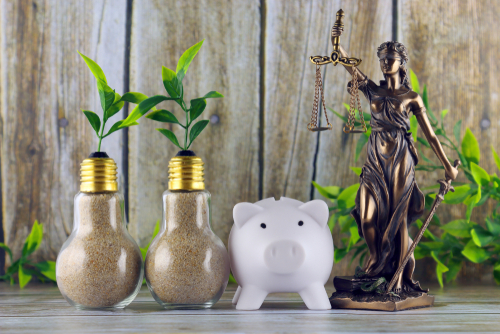 Brussels (Brussels Morning) The French parliament prepared to vote on a new climate change law on Tuesday. The bill, proposed by President Emmanuel Macron’s government and backed by his parliamentary majority, represents Macron’s efforts to build up his green credentials a year ahead of national elections, France 24.reported.

Despite Macron’s intentions, the law has been repeatedly slammed by environmental groups and a random panel of French citizens as not being ambitious enough to bring about needed change. Many critics have accused Macron of making a half-hearted commitment to a cause embraced at the last minute.

French Environment Minister Barbara Pompili defended the law, claiming it was “one of the biggest laws” of Macron’s term, and that it would “affect the daily life of all” French citizens. The overall aim of the law is to enable France to meet its climate goals of reducing greenhouse emissions by 40% by 2030, compared with 1990 levels.

Environmental groups like Greenpeace are calling the law the “lost opportunity of Macron’s term”, for setting a much lower goal than the German plan, a plan that was partially overturned by the country’s Constitutional Court last week as insufficient.

The government defended the law by saying it was trying to find a balance between reducing emissions and protecting workers and industry at a time when the country’s economy is facing a downturn as a result of the coronavirus pandemic.

Environmental issues were barely mentioned during the last presidential elections in France, but the political landscape has changed considerably in the meantime. The largest French green party made major gains in local elections last year in cities such as Strasbourg, Bordeaux and Lyon, reflecting a wider trend in Europe.

European greens won 22 new seats in the European Parliament in 2019, and have significantly increased their presence in many national parliaments. In Germany, the latest polls show the Greens ahead of the ruling Christian Democratic Union (CDU), making them the frontrunners in the race for the new German chancellor.