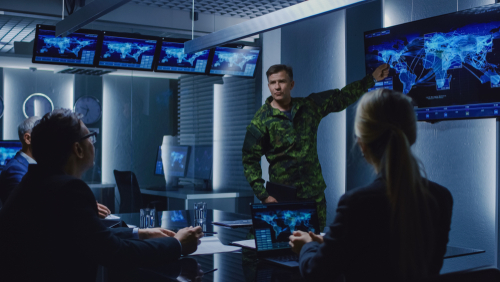 Brussels (Brussels Morning) The French military launched its first exercise in space this week, as part of its long-term goal to become the third strongest space power in the world, Deutsche Welle reports.

Codenamed “AsterX”, after the first French satellite launched in 1965 and the famous bande dessinée cartoon character, the exercise will evaluate the ability of the French space corps to defend its satellites and other defence equipment from attack.

The head of the newly-founded French Space Forces Command (CdE), Major-General Michel Friedling, noted that the “stress-test” exercises are “a first for the French army and even a first in Europe”.

“A series of events appear and create crisis situations or threats against our space infrastructure, but not only this,” Friedling explained, describing the type of exercises being undertaken. The French military is to stage a simulation in which it will monitor a potentially dangerous space object as well as a threat to its own satellite by another foreign power.

The mock-up scenario will be based on a crisis between a state with space capabilities and another that has a military assistance agreement with France. The drills will also feature international participation, with the US Space Force and German space agencies taking part in the exercises.

France is gearing up to achieve its goal of becoming Earth’s third strongest space power, The plan is for the CdE to have a force of some 500 personnel by 2025. The government has also earmarked a budget of 4.3 billion euros for space investments during the same period, including development of anti-satellite laser weapons.