by Stella Athanasoulia
in Our pick 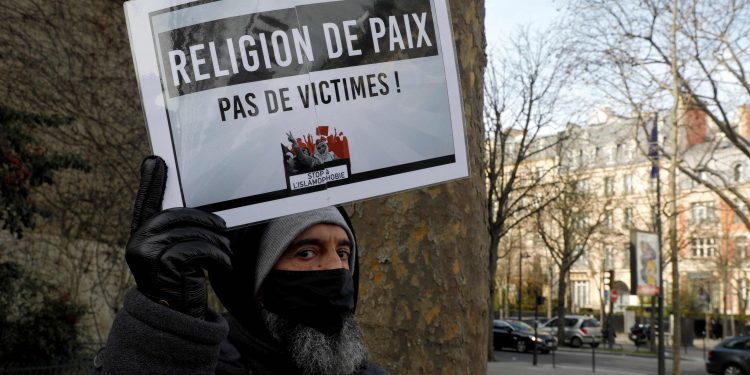 Paris (Brussels Morning) The term has been used and abused for years, but now the Ministry of Higher Education is launching an inquiry into “Islamo-leftism” within French universities.

France’s Minister for Higher Education Frederique Vidal has caused an outcry among academics after her comments that so-called “Islamo-leftism is eating away at our society as a whole, and universities are not immune, they are part of our society”. Asked to clarify her announcement, Frederique Vidal said the probe would look into “what is academic research and what is activism and opinion”.

However, behind the apparent references lies a much wider debate over modern, conflicting approaches to social sciences, the very topical questions of gender, race, identity and post-colonial studies, as well as the presumed influence of US campuses.

‘Not a scientific reality’

The initiative is widely denounced by academics, intellectuals and centre-left politicians, including within the government, as an attempt to control scientific research.

A group of 600 university professors called for Vidal’s resignation in a tribune published by Le Monde, in which they accuse the minister of a witch-hunt and attempt to defame a profession and prosecute independent research in ways similar to countries like Hungary and Poland. For renowned economist Thomas Piketty, the current “hysteria” over the term leads to “crossing another anti-intellectual threshold”.

The National Centre for Scientific Research (CNRS) issued a strong-worded press release following the announcements. Entitled “Islamo-leftism is not a scientific reality”, the CNRS denounces a political slogan along “ill-defined contours” whose instrumentalisation is regrettable:

“The CNRS strongly condemns those who try to take advantage of it to call into question academic freedom, essential to the scientific process and the advancement of knowledge, or to stigmatize certain scientific communities. The CNRS condemns, in particular, attempts to delegitimize various fields of research, such as postcolonial studies, intersectional studies or work on the term “race”, or any other field of knowledge”.

For their part, the Conference of University Presidents (CPU) made public its astonishment over the “sterile controversy” around the term, preferring to leave it either to “TV presenters or to the far-right who vulgarized its use”.

The term, now used to pejoratively describe left-wing antiracist activism, goes back to the 70s and the presumed convergence between left-wing ideologies — like third-world, Marxism and anti-capitalist — and the resistance movements of Islamist orientation who denounced colonialism, consumerism, social and racial inequalities. In the long term, it has come to describe the defence of oppressed minorities, based on gender or sexual orientation.

For linguist Jean Szlamowicz, it does not point to a manifest support to Islamism but to a de facto convergence between, gender, post-colonial studies and the use of the word “Islamophobia”.

Thus “Islamo-leftism” encompasses other fields, which philosopher Jean-François Braunstein lists as indigenous and post-colonial theories, gender studies, inclusive writing, studies on disability, weight, or even pornography. It is no longer the object that counts, he says, but the “adhesion to certain presuppositions […] in accordance with the militant and victimary approach of these “studies””.

On the other hand, those who are targeted as such defend the method of intersectionality.

Sociologist Eric Fassin told Franceinfo: “When we talk about intersectionality, by articulating race, gender and class, we show the complexity of the world. At the same time, we question the social order. We show that the standards are political: they reproduce multiple domination relationships. And to speak of domination is to ask the question of the source of inequalities, the worsening of which threatens the cohesion of our society”.

The ambiguity of the term also leaves room for interpretation. Linguist and researcher Albin Wagener explains to FranceInter that “Islamo” can mean Islam “to designate the entire community of practicing Muslims, or “Islamism” to designate Islamic fundamentalists. Thus the speakers can form their own idea. It suggests that if we dialogue with this community, we leave the door open to fundamentalism”.

Seen as a deviation of the left-wing thinking, the term is disqualifying both for Muslims and for militants of human rights or left-wing voters. But while admitting there is stigma caused by the term, militants choose to adhere and defend it: “I don’t understand exactly what the word means, but if it indicates the intersectionality of struggles, then yes, that’s what concerns me. I’m on the left, and I fight against the rejection of Muslims in France”, Clémentine Autain told FranceInter.

Separatism law and the 2022 presidential election

Following the terrorist attacks of 2015 in France, the term has made it to daily media debates and is mainly used by the far-right to discredit the left for being too lax towards the Islamist current, because of their “colonial guilt”.

After a spate of terrorist attacks in recent months, the government moved ahead with a new bill of legislation to strengthen the republican context of values of laicite and non-discrimination, as well as to deal with the interference and influence of foreign powers unto French Muslim citizens. Critics of the bill, passed in parliament earlier in February, fear that it will stigmatise Muslims as a whole, thus nurturing the vision of “victimisation” by proponents of a hard stance against “Islamo-leftists”.

The new bill is set to extend the state’s powers to shut down religious groups judged to be extremist and limit the number of imams appointed by third countries. Last October, Education Minister Jean-Michel Blanquer had also warned that “Islamo-leftism” was “wreaking havoc” in French academia, adding that he’d be quite firm against those who “think they’re progressive but in essence facilitate a form of tolerance towards radicalism”. As movements against racism and discrimination spread across the US, such as Black Lives Matter, young activists are also vocal against racism in France and its colonial past in North Africa and the Middle East, France24 reports.

The outcry has caused Macron’s office to distance itself from the minister’s positions, reiterating the president’s “absolute commitment to the independence of academic researchers”.

Despite this balancing act, Macron is viewed as wheeling towards the right-wing voting poll ahead of the 2022 presidential election, which polls show are likely to be a re-run of his 2017 duel with Marine Le Pen, leader of the far-right National Rally.