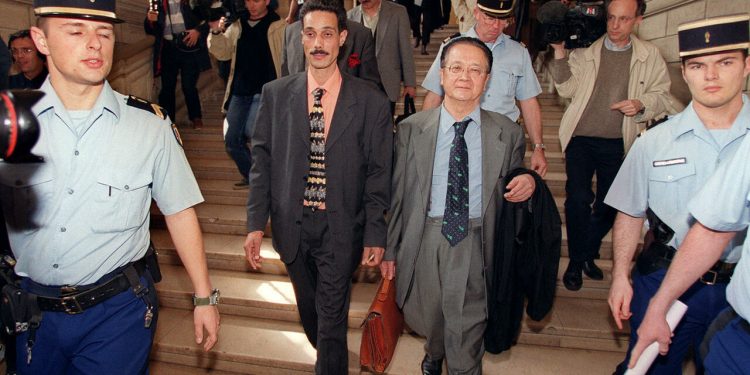 Brussels (Brussels Morning) A French court’s committee has ordered an inquiry into the analysis of new DNA evidence which surfaced in a 30-year-old murder case involving a Moroccan-born garderen and a wealthy French socialite.

Ghislaine Marchal, widow of a successful car manufacturer, was found stabbed to death in her cellar in 1991, a message written on the doors in her blood implicating her immigrant gardener, Omar Raddad.

The message said “Omar killed me”, yet it included a jarring grammatical mistake deemed unusual for a well-educated French woman. This led many to believe that someone had attempted to frame Raddad for the murder.

However, the courts took a different view, ultimately charging and convicting Raddad for the murder in a case widely slammed by immigrants and activists as an example of anti-immigrant bias by the country’s judiciary.

Under immense public pressure, reinforced by the insistence of Morocco’s King Hassan II, former French President Jacques Chirac pardoned Raddad in 1996. His sentence was partially commuted in 1998, and he was freed from prison, but was still legally considered a murderer.

On Thursday, Raddad’s lawyers succeded in reopening the case thanks to a set of new DNA evidence from the 30-year-old murder scene. Analysing the traces of DNA from evidence stored from the original crime scene, forensic scientists found 35 traces belonging to an unknown man. No trace of Raddad’s DNA was evident.

Reviews of convictions and retrials are rare in France. Since 1945, only 10 defendants ultimately have benefitted from such a review, and received a retrial that ended up in acquittal.