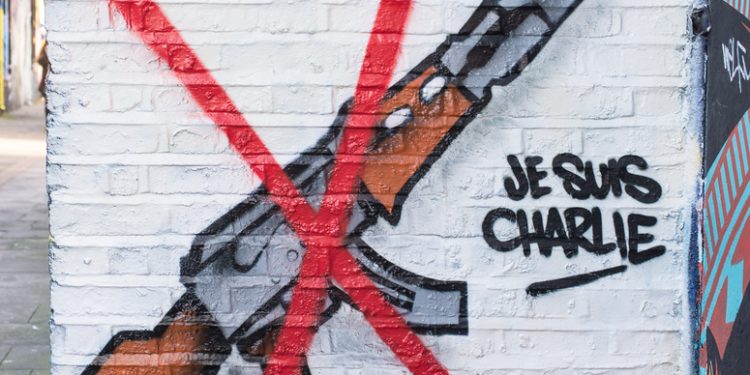 Brussels (Brussels Morning) A French court convicted 14 people on Wednesday for their involvement in jihadist attacks against Charlie Hebdo and a Jewish supermarket in 2015, Reuters reports.

The 14 have been convicted of crimes ranging from financing of terrorism to membership of a criminal gang. The convictions come against a backdrop of jihadist attacks in France in the autumn, including the beheading of schoolteacher Samuel Paty, which prompted the government crackdown on Islamist separatism.

A teenage jihadist decapitated Paty and noted in a recorded message that it was an act of revenge for the display of the Charlie Hebdo caricatures in a civics class dealing with issues such as freedom of expression.

The two attackers who targeted Charlie Hebdo’s offices in Paris killed 12 people on 7 January 2015 over the publication of caricatures of the prophet Muhammad. The satirical French weekly had reprinted the controversial caricatures from the Danish paper that first published them back in 2005. The third attacker killed a police officer and four hostages in a Jewish supermarket in a Paris suburb. All three were killed in police shootings.

Al-Qaeda and Islamic State of Iraq and the Levant (ISIL) claimed the attacks.

Haat Boumeddiene, former partner of one of the attackers, is among the 14 accomplices the French court sentenced on Wednesday. She is one of the three defendants tried in absentia and is believed to at large and fleeing from an international arrest warrant. She was convicted for being part of a criminal terrorist group and for financing terrorism, and was sentenced to 30 years imprisonment.

According to the presiding judge, “the fact of choosing victims precisely because they were journalists, or a member of the security forces, or of Jewish faith, clearly demonstrates in itself their desire to sow terror in Western countries.”

Following the ruling on Wednesday, Charlie Hebdo’s attorney Richard Malka pointed out the 14 accomplices were part of a support network that enabled the attackers, stressing that “without these nebulous networks, attacks cannot occur.”