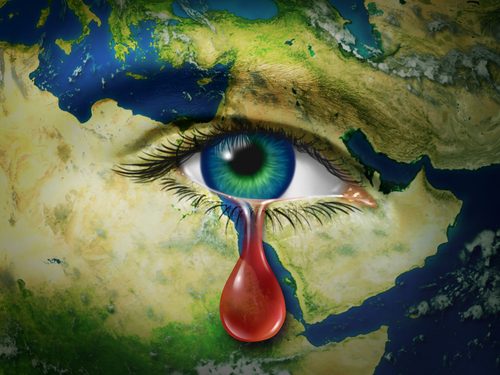 Brussels (Brussels Morning) The French Court of Cassation overturned a lower court decision, dismissing charges against a French company accused of complicity in crimes against humanity during the Syrian civil war.

The Tuesday ruling by the French top court means crimes against humanity charges can be raised against cement manufacturer Lafarge for its dealings with jihadist groups in Syria. Lafarge is suspected of paying around 13 million euro to terrorist groups, including the Islamic State, to keep its cement factory in the north of Syria operational despite the ongoing conflict.

The payments reportedly took place between 2013 and September 2014, when the company was forced out of Syria after so-called Islamic State seized its Jalabiya plant. Lafarge is also suspected of buying petrol from the Islamic State through middlemen, in violation of the EU sanctions against Syria.

The Court of Cassation overturned the November 2019 ruling by the Paris Court of Appeal, which dismissed charges of crimes against humanity, though it upheld charges of financing terrorism, violating an embargo and endangering lives.

The terrorism financing and endangering charges implicate eight company executives, including the group’s former CEO Bruno Laffont, all of which were charged on these two counts. The case was brought forth to the Court of Cassation by eleven former employees of Lafarge’s Syrian subsidiary with the backing of two nongovernmental organisations, which believed the crimes against humanity charges should apply, as well.

According to the Paris-based International Federation for Human Rights (FIDH), the Court of Cassation’s Tuesday ruling represents a landmark verdict in the “fight for corporate accountability for international crimes”.
The company, which merged with Swiss-based Holcim group after its pullout from Syria, admitted to paying middlemen for negotiating with armed groups with the goal of ensuring secure movement of staff and goods within the war zone, but it denies any responsibility for the money ending up in the hands of terrorist groups.