French charity says millions could lose homes due to crisis 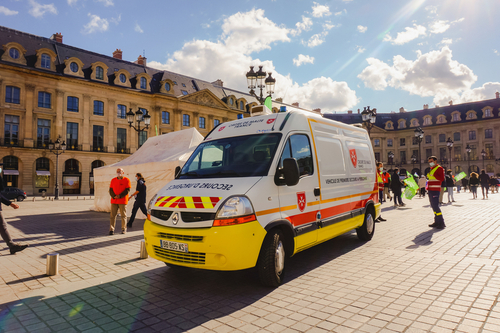 Brussels (Brussels Morning) The French charity Abbé Pierre Foundation is warning that millions of people could lose their homes due to the coronavirus crisis, RFI reported on Wednesday.

The situation could grow into a severe social crisis despite the extended moratorium on evictions over unpaid rent, the charity warned.

Last week, the Oxfam anti-poverty group warned that the coronavirus crisis is deepening global inequality. The Abbé Pierre Foundation is stressing that it has worsened the social crisis in France.

According to the Foundation’s 26th housing report, approximately 4 million people in France are inadequately housed, including some 300,000 who are homeless.

The report cautions that the ability of more than 12 million people to maintain a roof over their heads is jeopardised and notes that, according to the French Popular Relief non-profit, annual applications for food aid increased 45% in 2020.

The report adds that the Restaurants of the Heart charity is planning to provide one million people with meals this winter, up from last winter’s 875,000.

The Foundation report also notes that applications for welfare benefits increased about 10% last year, from 1.9 million to 2.1 million, and that the rise of poverty increases the risk of housing difficulties.

Manuel Domergue, director of research at the Abbé Pierre Foundation, predicted that “even if the economy gets back to normal in the next six months to a year, these people will have difficulty coming out the slump.”

Emmanuelle Wargon, France’s Minister Delegate for Housing, observed that the health crisis had grown into an economic crisis and that could lead to a social crisis, Le Parisien reported.

The Abbé Pierre Foundation stated that the government’s extension of the moratorium on evictions to 1 June does not address the underlying causes of inadequate housing and pointed out that the number of evictions has increased about 40% in the last decade.

“About 13,000 households would have been evicted in normal conditions,” Domergue notes and even now they stand to lose the protection in June. “The risk is an explosion in evictions in 2021, as well as 2022 or 2023,” he concluded.