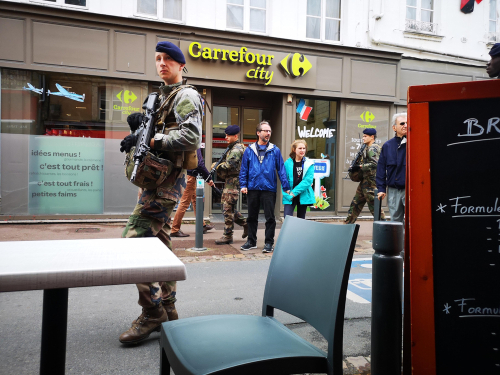 Brussels (Brussels Morning) Chief of Staff of the French Army, General François Lecointre, has called on the active servicemen who signed a letter warning of a “looming civil war” in France to quit the armed forces, France24 reported.

“The most reasonable step is certainly to leave the institution in order to freely express their ideas and convictions”,  Lecountre said in a letter that made no mention of possible sanctions against the servicemen.

His letter was in response to an essay signed by an unknown number of younger soldiers still in active service, that was published in the right-wing Valeurs Actuelles magazine on Sunday, where they claimed that “civil war is brewing in France”, and pledged that the “military will maintain order on its own soil”.

The servicemen’s letter blamed President Emmanuel Macron for alleged “concessions” he made to Islamism, insisting they spoke about “the survival of the country”. They identified themselves as members of the younger generation of the military, the so-called “generation of fire”.

General Lecointre, a decorated national hero renowned for leading the last fixed bayonet charge of French infantry during the Battle of Vrbanja Bridge in 1995, warned the young servicemen that they were violating the obligation of discretion for members of the armed services, and pointed out that they had dragged the army into political debates of which it should steer clear.

“Every soldier enjoys freedom of thought but must unambiguously distinguish between civic and military duties”, Lecointre in his response. A similar inflammatory letter, also published in Valeurs Actuelles last month and signed by a group of retired generals and active officers, drew sharper criticism from the top French general, who announced that the active-duty officers among the signatories would face sanctions for violating the army’s political neutrality.