Freight between Ireland and EU ports doubles in January 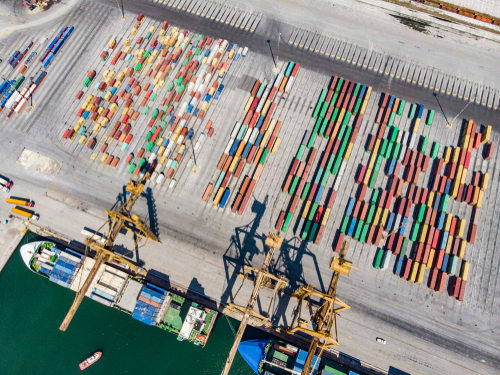 Because of the bureaucratic obstacles and delays now being experienced, many traders are avoiding routing good through Britain, which, pre-Brexit, was the speedier and most efficient transportation route for export trade between mainland Europe and Ireland. Now traders are looking to direct routes linking Irish and French ports.

The Irish government notes that trade volumes on routes between Ireland and Britain dropped some 50% in January. This includes direct trade between the two countries.

According to government records, weekly trade volume grew 11% in the final week of last month. “While many are successfully continuing to trade with Britain, some businesses, large and small, are having difficulty, in some cases severe difficulty, adapting to the new system of controls,” the government declared.

UK traffic to and from the port of Rosslare in the southeast of Ireland dropped 49% in January, according to government records. The port is the launch point for most of the new direct routes to mainland Europe, with freight to and from the EU increasing 446% annually in January.

Trucks need 43 documents on average to gain entry from Britain, which is why many are opting for longer routes with shorter red tape requirements.

Some 17,500 trucks arrived from Britain to Ireland in January, an average of 45 trucks per ferry, according to the Irish government. This is significantly below the ferry of  200 trucks per vessel.