Freddy Thielemans, former mayor of Brussels, passes away at 77 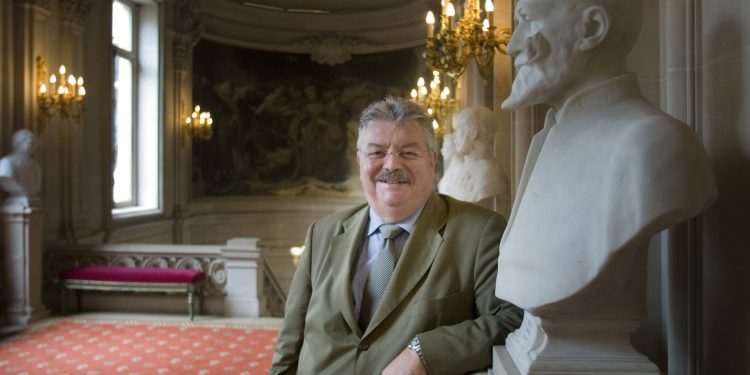 Belgium, (Brussels Morning Newspaper) “It is with great emotion and great sadness that the family of Freddy Thielemans asks me to announce his death”: it is with these few words that Philippe Close (PS), the current mayor of Brussels, announced the death of his predecessor on Twitter.

Freddy Thielemans died this Saturday evening at 11 p.m. “Following a domestic accident five years ago, [he] had seen his health deteriorate sharply”, specifies Philippe Close, “ your inconsolable chief of staff”, who also sends “all my tenderness and my affection to Cécile, his wife, and his two daughters Myra and Camille whom he loved so much. Brussels is crying today. Rest in peace Freddy.”

Back to a rich career

Freddy Thielemans was born in Laeken on September 11, 1944 in Laeken. A teacher by training, and graduated in commercial sciences, he practiced his profession between 1966 and 1973, while presiding over the Young Socialists (1966-1970). After becoming secretary of EUSY (the European branch of the International Union of Socialist Youth), he returned to teaching in 1976.

His career in Brussels began in 1983, when Hervé Brouhon, then mayor of Brussels, seconded him to the post of chief of staff . In 1988, he made his appearance on the municipal political spectrum, during the elections. He will be re-elected each time since , but will never sit as a councillor, but will always be promoted to alderman or mayor. During this first ballot, this arts enthusiast became alderman of Fine Arts (1988) and inherited in addition to Public Instruction (1993).

He became mayor in April 1994 , following the resignation of Michel Demaret, and held the mayoral seat until January 1995. He then became an alderman again, and was elected to the Brussels Parliament (1995).

In the year 2000, when he had just entered the European Parliament, he again became mayor by beating the liberal François-Xavier de Donnea at the post by constituting an olivier majority (PS-cdH-Ecolo). Freddy Thielemans was re-elected in 2006 (PS-cdH coalition), then in 2012 (liberal socialist coalition). Between 2009 and 2014, he sat again in the Brussels Regional Parliament. In 2013, he abandoned the mayorship in favor of Yvan Mayeur. Victim of a serious fall on the stairs of his home in July 2016, Thielemans suffered a fractured skull and a traumatic haemorrhage from which he will not recover.