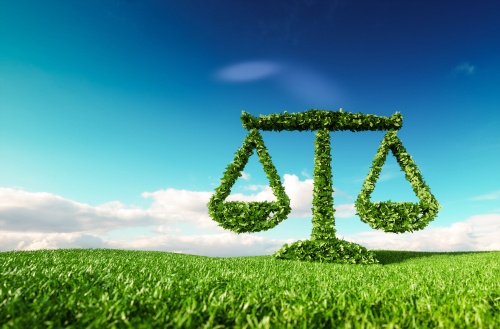 Brussels (Brussels Morning) France has passed the Climate and Resilience Act aimed at lowering greenhouse gas emissions and protecting the environment. While the government has praised the legislation, environmental activists and the left are demanding more.

Prime Minister Jean Castex described the new law, which was drawn up in cooperation with the Citizens’ Climate Convention, as the “fruit of an unprecedented democratic exercise”, RFI reported on Wednesday. The Convention, formed in 2018, is made up of 150 randomly chosen citizens.

Members of the Convention and environmental activists are critical of the new law, maintaining that it omitted too many proposals. Critics warned that President Emmanuel Macron’s focus on gradual improvement would not yield the desired results, claiming it would not help France reach its greenhouse gas reduction goals.

A Greenpeace France statement warned that “the weakness” of the law “reveals a lack of political courage”.

WWF France said the legislators had passed regulations that contain “a sprinkling of interesting measures, but which fall short of solutions that exist”.

Measures range from weekly vegetarian meals in schools, and a ban on the leasing of poorly insulated houses and apartments, to ending short-haul domestic flights to destinations that can be readily reached by train.

In 2025, cities of more than 150,000 inhabitants will be required to introduce special zones where ban polluting vehicles are banned. Moreover, all advertising for such vehicles must be phased out in 2028.

The Minister of the Ecological Transition, Barbara Pompili, described the new law as “transformative”, noting that its adoption represented a cultural shift towards common sense environmentalism.

She cited the floods that struck Belgium and Germany as further reason for taking action because, as she said, the planet is “running out of breath”.