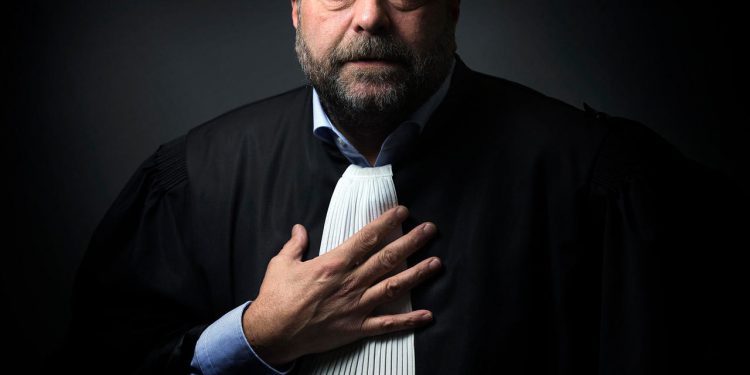 Brussels (Brussels Morning) France’s Justice Minister Eric Dupond-Moretti was summoned for questioning by a court on Wednesday, as part of an investigation into a possible abuse of power by the former attorney.

The Republican Court of Justice, the institution charged with investigating serving members of the government, asked Dupond-Moretti to appear and answer questions related to an ongoing investigation into his suspected abuse of power. RFI reports that Dupond-Moretti may have used his position as a minister to settle old scores dating back to when he worked as a lawyer.

In one cited example from September 2020, the minister ordered an investigation into three justices of the National Financial Court, who had previously attempted to identify a court insider responsible for leaking information to former President Nicolas Sarkozy and his lawyers that their phones were tapped as part of a corruption investigation. The three judges had requested a number of phone records, including those of Dupond-Moretti.

The minister also launched an inquiry into the professional conduct of another judge with whom he had clashed in the course of his work as a lawyer. Accused by the lawyers’ trade unions of retaliating against people he believed had somehow wronged him, Dupond-Moretti rejected the claims that either of the cited cases had anything to do with his previous career as a lawyer.

In a recent interview with the Le Journal du Dimanche, the minister asserted he had nothing to fear from the inquiry. He accused the trade unions of attempting to push him out of the ministry by force.

The summons from the country’s Republican Court comes a week after the police conducted a search of the Justice Ministry’s offices, indicating a possible escalation in the investigation against Dupond-Moretti.