France will not recognise Taliban as leaders of Afghanistan 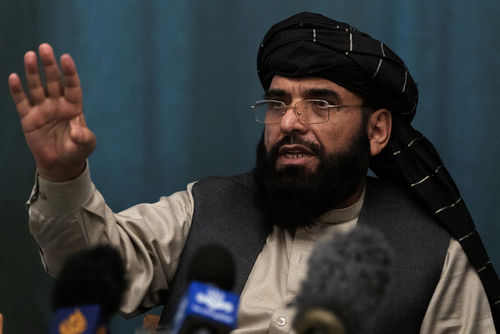 Brussels (Brussels Morning) French Secretary of State for European Affairs Clément Beaune announced on Thursday in an interview with France Info that the government will not recognise the Taliban as legitimate leaders of Afghanistan.

“There will be no political contact with the Taliban,” he stressed and added “when you take power by force, you have no authority… there is no soft ‘Talibanism’,” according to RFI reporting on Thursday.

After retaking Afghanistan, the Taliban have attempted to present the movement in a new light, promising not to take revenge on their opposition, a less strict implementation of Sharia law and respect for women’s rights as far as Islamic law permits.

However, thousands of Afghans are not convinced and are fleeing the country. The Taliban promised they would allow those who wish to leave to do so, but the US has accused the movement of blocking access to the Hamid Karzai International Airport in Kabul, pointing out that the Taliban control the area around the airport.

According to media reports, Taliban attacks have hindered many evacuation operations, with at least 12 Afghans killed in the airport area since Sunday.

The third French flight from Afghanistan is to land in Paris and bring the number of evacuees to approximately 400. The vast majority or about 300 of them are Afghan citizens, many of whom are women and children.

Josep Borrell, High Representative of the EU for Foreign Affairs and Security Policy, pointed out on Thursday that the bloc extracted around 100 EU staff and 400 Afghan citizens who worked with the bloc and their families.

He added that approximately 300 more such Afghan citizens are still waiting to be evacuated.

Germany reported that it evacuated more than 1,000 people from Afghanistan since Monday, while Italy and Spain reported evacuating about 500 people each, including Afghans who worked for the two countries and their families.