France urges US to resolve trade disputes with EU 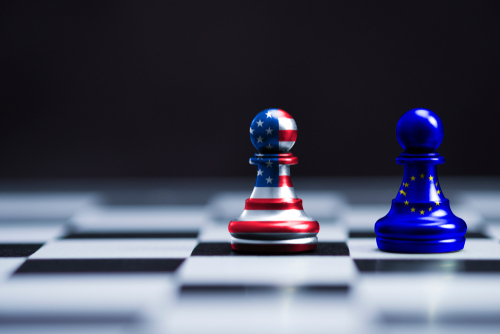 Brussels (Brussels Morning) France’s Minister of the Economy, Finance and Recovery, Bruno Le Maire, urged the US on Thursday to resolve trade disputes with the EU.

He told AFP in an interview that a strong France and EU are in Washington’s interest, according to a France24 report.

“My message to the US administration on these trade issues is very clear: let’s get rid of these areas of tension between the US and Europe as quickly as possible”, Le Maire stated.

One of the main stumbling blocks in transatlantic relations is the dispute over tariffs on aluminium and steel.

Former US President Donald Trump’s administration introduced the tariffs on metals in 2018, applying them to US rivals and allies, which prompted the EU to retaliate.

Although President Biden’s administration has not lifted the tariffs, Le Maire did say that “there has been progress” in the negotiations, but that some issues remained to be resolved.

He described the trade conflicts between Washington and the EU as “unnecessary” and “counterproductive”, stressing that they risked a trade war which, he contended, belongs “to a bygone era.”

Le Maire proposed allowing “a few months” to find a permanent solution, pointing out that trade disputes between partners “prevent us from working on much more important subjects” such as tackling supply chain disruptions.

He cited the problem of some car factories operating at half capacity because they of their dependence on imports of semiconductors from South Korea or Taiwan as just one one example of the importance of gaining back “our independence”.

As global supply chains have been disrupted, prices have started soaring and global growth has been jeopardised.

Commenting on strategies to engage with China, Le Maire noted that while the US is opposing China’s rise to power, the EU wants to “engage” with Beijing about issues ranging from its violations of human rights and intellectual property to market access.

“I think the only good solution is to exchange as much as possible with our American partners, to look subject-by-subject at the approach we are taking, and to continue to cooperate, to discuss this strategic subject for the 21st century: the rise of China”, Le Maire concluded.