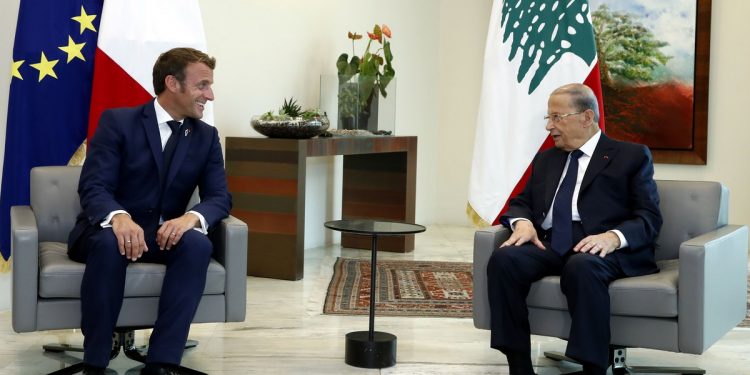 An unnamed French presidency official noted on Wednesday that France regrets that Lebanon’s political leaders had failed to form a government by the 15 September deadline set by President Emmanuel Macron, according to a Reuters  report.

The official indicated that it is still not too late to save the stricken country from a crippling economic crisis and that everyone should do their utmost in the interest of Lebanon by enabling Prime Minister-designate Mustapha Adib to form a Government.

As Lebanon struggled with financial decline, Macron took a lead role in international efforts to save the country from collapse. France’s President twice visited Lebanon since the devastating explosion in the Port of Beirut on 4 August. One outcome of those visits was the mid-September deadline he set for formation of a new cabinet.

Political factions in Lebanon have failed to meet Macron’s deadline, delaying implementation of vital reforms that donors demanded before they would start sending aid. Adib has been trying to appoint ministers in an effort to meet the donors’ demands. Unnamed sources suggest he has sought to switch control of ministries which have been held by the same political factions for years.

Shia Muslim and Christian faction leaders have complained that Adib, a Sunni Muslim, has not consulted them. The leader of Lebanon’s Druze community and head of the Progressive Socialist Party, Walid Jumblatt, warned on Twitter that some have failed to understand that the French initiative represents Lebanon’s last chance. Jumblatt echoed the sentiment of France’s Minister of Europe and Foreign Affairs Jean-Yves Le Drian, who last October observed that Lebanon could disappear if critical reforms were not implemented.

Lebanon has failed to follow the French roadmap as its political elite, which for years has overseen state corruption, bickers over the make-up of the new cabinet. The most significant hurdle to forming the government is Shia Muslim Speaker of the Parliament Nabih Berri, who insists on the right to name the finance minister, a prerequisite he has exercised since 2014. Reportedly, Hezbollah, the Iranian-backed, heavily armed group, backs Berri’s position, stressing that Shia ministers, including the finance minister, must be approved by Shia parties.

Former Prime Minister Saad Al-Hariri, a Sunni Muslim who supported Adib’s nomination, stressed that no sect has exclusive rights to portfolios. He warned on Twitter that rejecting the idea of switching control of ministries was wasting the last chance to save Lebanon.