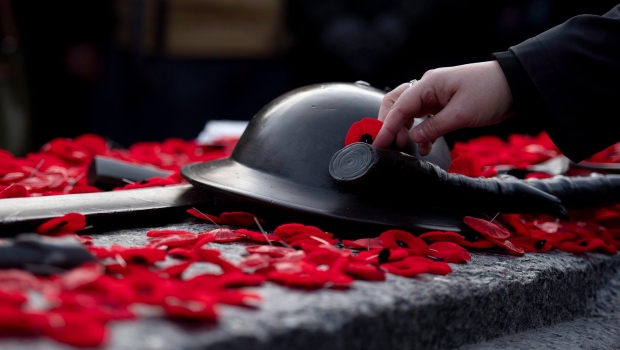 After the ceremony at the Arc de Triomphe, Macron pointedly remarked that millions of soldiers died for France, its freedoms and values, and that their sacrifice should never be forgotten. Former French presidents Nicolas Sarkozy and François Hollande also attended the ceremony. After laying a wreath, President Macron greeted military officials and thanked them for their service.

Britain’s Prime Minister Johnson acclaimed all the servicemen and women who made the ultimate sacrifice, noting that it was important they not be forgotten. Prince Charles laid a wreath at Westminster Abbey.

Commemorations were also held in Kosovo, Serbia, Scotland and Belgium.

Western diplomats attended the commemoration in the Saudi Arabian city of Jeddah, which was cut short by an explosion that left several wounded, Reuters reported. France’s Ministry of Europe and Foreign Affairs urged French citizens who live in Saudi Arabia to stay vigilant, warning that an explosive device was used in the attack.

Embassies participating in the commemoration condemned the cowardly and unjustified attack, and called on Saudi authorities to hunt down the perpetrators.

An unnamed Greek official pointed out that the blast at the non-Muslim cemetery in Jeddah left four people slightly injured, one of whom was Greek.

An unnamed source familiar with the incident said the attack happened early on Wednesday, adding that diplomatic delegations from EU member states and other countries had attended the commemoration ceremony which was organised by the French Embassy.

The attack on the ceremony was the second security incident in Jeddah in the last two weeks. It came after a Saudi man wounded a security guard at the French consulate in the city and was subsequently arrested.