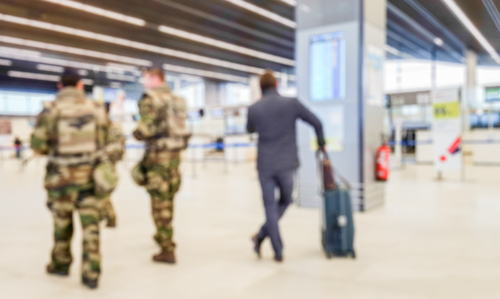 The French government has been preparing new rules for several weeks and the minister’s announcement comes in the wake of the recent terrorist attack on a police worker.

The proposed bill includes increased surveillance of convicted terrorists after release from prison and home checks as well as broader use of algorithms aimed at tracking suspected terrorists.

In an interview with Le Journal du Dimanche weekly, Darmanin said the proposed rules would “strengthen the monitoring of former prisoners and better identify individuals who become radicalised on their own”.

The use of algorithms for tracking potential terrorists remains experimental thus far.

Under the proposed regulations, the General Directorate for Internal Security (DGSI) would be allowed to acquire digital communication data from telecom operators for up to 60 days as well as making it easier for the DGSI to intercept satellite communication.

Darmanin insisted the envisaged measures are justified because the security apparatus must have access to the same tools that the terrorists use.

Commenting on recent terrorist attacks, he said “we are now dealing with isolated individuals, increasingly younger and unknown to intelligence services, and often without any links to established Islamist groups”.

The head of the National Centre of Intelligence and Counter-Terrorism (CNRLT), Laurent Nuñez, stated that the technique was vital “in dealing with individuals who are increasingly isolated and whose only traces are digital”.

The assailant in the recent fatal stabbing of a police worker in Rambouillet was unknown to intelligence services and police, just like the jihadist who beheaded teacher Samuel Paty in October last year.”In concrete terms, we will be able to track people convicted of terrorism up to two years after they have served their sentence”, Darmanin asserted, adding that “we are finally improving the socio-psychiatric monitoring of potentially dangerous people”.