France sets up office for protection of state secularism 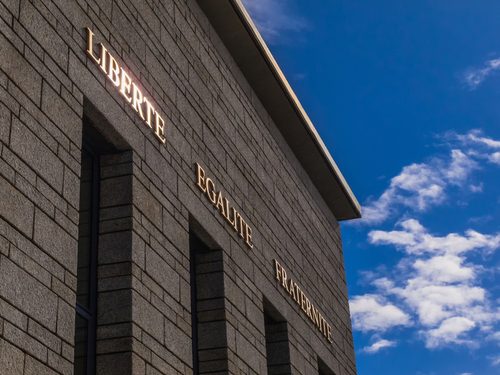 Brussels (Brussels Morning) The French government announced it would form an office of laïcité in the form of an Inter-ministerial Committee, in order to ensure improved control of the pread and enforcement of state secularism throughout the nation.

Speaking to French public radio on Thursday, Junior Minister in charge of citizenship Marlène Schiappa emphasised that “now is the time to act”, following years and years of theoretical debates and controversies.

Schiappa, along with some dozen other ministers, is to be put in charge of coordinating state secularism and monitoring the implementation of the separatism law, which is intended to suppress Islamic extremism and is expected to be approved later this month.

The new Inter-ministerial Committee will replace the now-defunct Observatoire de la Laïcité, an independent institution with similar goals that was founded in 2013 by former socialist president François Hollande.

The independent watchdog became a target of criticism following the murder of schoolteacher Samuel Paty, who was killed for showing his pupils the Charlie Hebdo illustrations of the Islamic prophet Mohammed during a class that he was conducting about freedom of expression.

The Observatoire’s rapporteur Nicolas Cadène previously publicly denounced what he deemed to be Islamophobia, and collaborated with the CCIF Collective against Islamophobia, an organisation that was accused of hate speech and dissolved following Paty’s murder.

The new Committee will take over some of the watchdog body’s duties, including secularism training for public employees. The goal is to reach all five million personnel by 2025, with a special focus on teachers.

The training would teach public employees what the French concept of secularism is, what employees are allowed and not allowed to do, and how to engage with the public. They will also be taught how to identify threatened risks to secularism and to recognise potential aggression that might be advanced in the name of religion.