France seeks to mollify and reconcile police and citizens 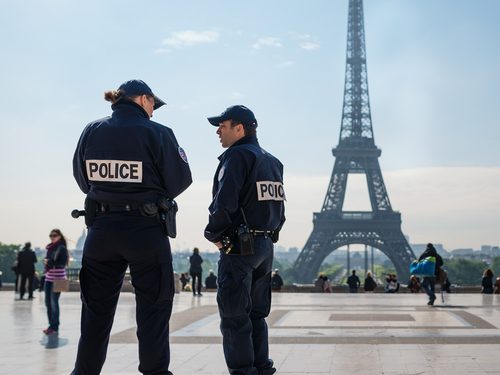 Brussels (Brussels Morning) The French government began a round of public consultations on Monday, intended to heal the relations between the French police and its citizens, which have been eroded by months of clashes with protesters from the Yellow Vest movement, as well as years of scandals over the police’s racism and brutality, France24 reported on Monday.

The consultations were initiated by President Emmanuel Macron in December, who sought to defuse criticism of French security forces, after a video of Paris police beating and abusing a black music producer inside his studio shocked the general public.

Macron presented the initiative as one intended to “consolidate” the link between the police and the public, attempting to prevent a police union backlash by stating that the aim was to “improve the working conditions for the noble and essential job of keeping the peace”.

The consultations, to be overseen by Interior Minister Gérald Darmanin, will afford police union leaders, former officers and local mayors the opportunity to share their opinions. Darmanin also announced that he would tour the country to meet local officers. However, it remains unclear as to whether civil society groups and academics will be involved in the process, and if so, to what extent.

After concluding the consultations in May, Darmanin is expected to draft a new security law, to be brought before the parliament ahead of the next presidential elections in the first half of 2022. A previous draft of the law sparked protests because of a provision that would make it a crime to publish images identifying police officers.