France says Iran arrested two of its citizens while on holiday 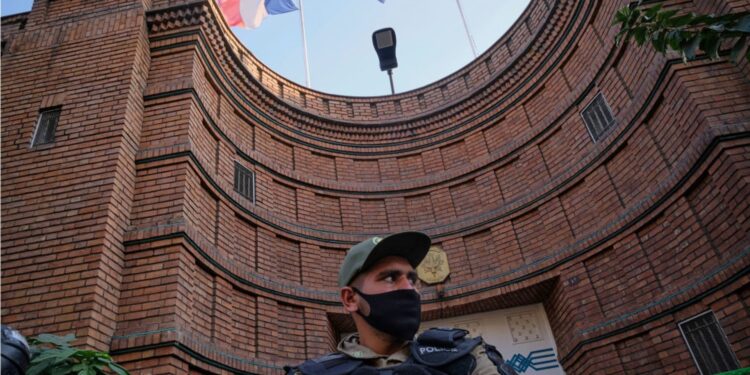 Belgium (Brussels Morning Newspaper) The French government announced on Thursday that two French citizens have been arrested while on a holiday in Iran, and has demanded their immediate release.

“The French government condemns this baseless arrest. It calls for the immediate release of these two French nationals,” the French Foreign Ministry said in a statement released on Thursday.

The Iranian intelligence ministry announced on Wednesday that it had arrested two Europeans on charges of “formenting insecurity”, but had not revealed their nationalities. Iranian state TV reported on Wednesday that the pair had been “organising chaos and social disorder aimed at destabilising” the country, and that they have been doing that in conjunction with foreign intelligence services.

The two French nationals are most likely a married couple, a staffer for France’s FNEC FP-FO education union and her husband. Reuters cited union secretary Christophe Lalande saying the staffer was due to be back in France earlier this week, but has since gone missing. While stressing that there was no absolute certainty, Lalande said ther was a “strong presumption” that she has been arrested.

The arrests took place just as European Union’s Iran nuclear talks coordinator Enrique Mora was visiting Tehran to meet with his Iranian counterpart Ali Bagheri Kani, as Iran and the US are attempting to renegotiate the lapsed Iranian nuclear deal.

Iran had previously arrested two other French nationals in cases their lawyers claim were politically motivated. Benjamin Briere was sentenced to eight years in prison in January, having been found guilty of espionage. Also in January, Iran re-imprisoned Fariba Adelkhah, a Franco-Iranian academic sentenced to five years in jail in 2020.