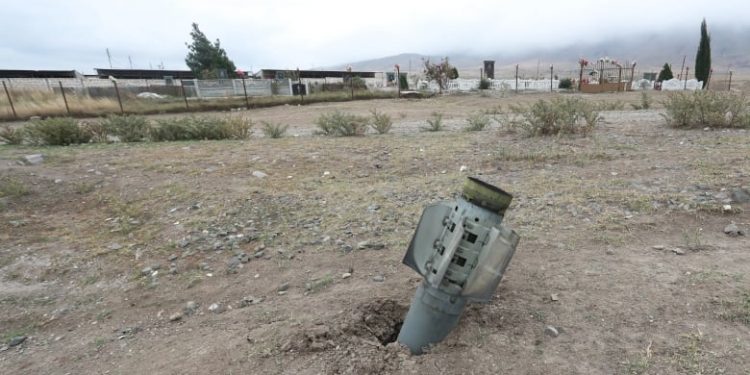 France has announced that it is working with Russia to establish a ceasefire between Azerbaijan and Armenia, Reuters reports. France, Russia and the US are co-chairs of the Organisation for Security and Co-operation (OSCE) Minsk Group that was set up to mediate a peaceful resolution in the contested Nagorno-Karabakh region.

The French accused Turkey of sending Syrian mercenaries to the conflict in the Nagorno-Karabakh region, a claim Turkey denies. President Emmanuel Macron accused Turkey on Wednesday of acting in a warlike manner.

Turkey’s President Erdoğan response was to reject efforts by the US, France and Russia to broker a ceasefire in the region as unacceptable, claiming that all three countries had neglected problems in the region for about 30 years. He insisted that Armenia must withdraw from the region if there is to be lasting peace.

After President Emmanuel Macron and Russia’s President Vladimir Putin spoke by phone, Macron’s office stated that the two had agreed to use Minsk Group framework in their joint effort to broker a ceasefire. His office added that both leaders were concerned about Ankara’s decision to send Syrian mercenaries to the region.

On Monday, Armenia’s Ambassador to Russia, Vardan Toghanyan, accused Turkey of sending some 4,000 fighters from Syria to Azerbaijan, a claim Azerbaijan and Turkey rejected.

Both Armenia and Azerbaijan are ignoring the calls for truce as the conflict between the two former Soviet states continuing to escalate, BBC reports.

The Kremlin, citing the call by Russia and France for de-escalation of tensions, said that Russia has offered to host talks between the foreign ministers of Armenia and Azerbaijan. Russia has a military base in Armenia as part of their military alliance, but Moscow also has close ties to Azerbaijan.

Turkish security companies have transported some 900 Syrian mercenaries to Azerbaijan, according to reports by the Syrian Observatory for Human Rights (SOHR).