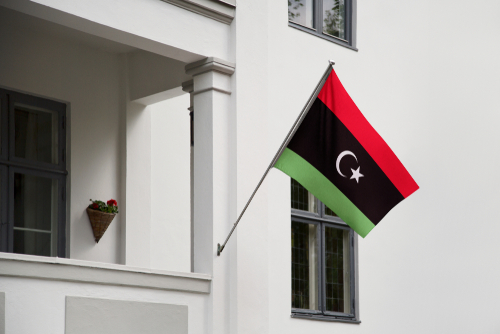 Marcon made the announcement after meeting on Tuesday with Mohammed Menfi, chairperson of the three-member presidential council of the new Libyan unity government. The interim administration, which took office last week, is charged with reuniting a country ravaged by civil war and with building a secure path towards democratic elections slated for December.

Libya descended into chaos after the uprising of 2011, which was supported by a Frence-led NATO operation. It deposed authoritarian leader Muammar Gaddafi, resulting in his death and a subsequent power struggle. In the ensuing civil war, the country became divided between the forces of the internationally-recognised Government of National Accord (GNA) and the Libyan National Army (LNA), led by Field Marshal Khalifa Haftar.

France closed its embassy as fighting broke out in Tripoli in July 2014, after first evacuating some 50 French and British nationals. Following the closure, France’s diplomatic envoy to Libya was based in Tunis.

“From Monday our embassy in Tripoli will reopen and our ambassador can return to your territory,” Macron informed Menfi in front of reporters on Tuesday. “I want here to show you all my support and that of France for the new Libyan unified authorities that emerged from the transition process,” Macron declared. He also acknowledged that the French “have a debt towards Libya and the Libyans for a decade of disorder.”

The new Government of National Unity (GNU) was formed as part of a ceasefire agreement between the GNA and LNA that was reached in October 2020, and which also mandated that all foreign combatants must leave Libya within three months. Macron stressed that withdrawal of foreign troops must be a priority, primarily Turkish forces supporting the GNA and Russian mercenaries reportedly fighting for Haftar.