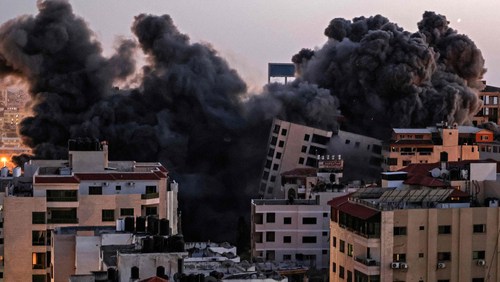 Brussels (Brussels Morning) France proposed a resolution calling for an urgent ceasefire in Israel after Tuesday’s late meeting of the UN Security Council broke up without members agreeing on a statement, France24 reported.

France reportedly coordinated with Israel’s neighbours Egypt and Jordan in drafting the resolution calling for a ceasefire. China’s Ambassador to the UN Zhang Jun told reporters that his team had heard the French proposal, and that Beijing was supportive of the initiative. According to a diplomatic source, the proposal sought an immediate end to hostilities plus humanitarian access.

In all the UN Security Council meetings held since the 10 May outbreak of the latest hostilities between Israel and the Palestinian enclave in Gaza, the US has repeatedly vetoed adoption of any joint UNSC statement that might call for a cessation of fighting on the ground.

The EU High Representative for Foreign Policy Josep Borrell has sided with the mounting calls for a ceasefire in the region, and has urged Israel’s military forces to act in a “proportionate” manner.

According to the Hamas-run Health Ministry in Gaza, Israeli airstrikes have killed at least 217 Palestinians, 63 of them children, since the start of the most recent hostilities. On the other side, at least 12 Israeli citizens were killed as a result of Hamas-launched rocket attacks. To date, Hamas has launched more than 3,700 missiles towards Israel’s urban areas.

Israel uses targeted airstrikes to hit Hamas assets within the Gaza strip, but rights groups are concerned that a large number of civilians and minors are getting killed, with Israel providing scant evidence as to its choice of targets.
On Saturday, Israeli forces levelled a tower building in Gaza which housed AP and Al Jazeera offices, together with other media outlets, claiming the building housed Hamas intelligence assets. So far, it has failed to provide any supporting evidence for its claim. On Monday, an airstrike took out Gaza’s only Covid-19 testing laboratory, additionally exacerbating the difficult humanitarian situation in the enclave.