by Stella Athanasoulia
in Europe, Features 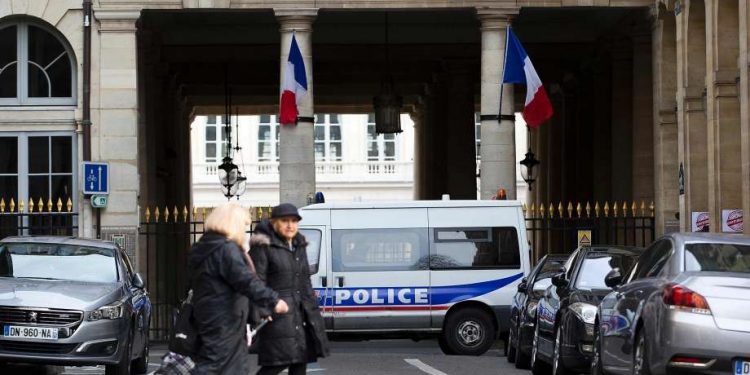 Paris (Brussels Morning)  The French government has stepped up moves to introduce harsher measures to tackle the Islamist terrorist threat in the country.

The tone has hardened since President Macron’s speech on Islamist separatism at the beginning of the month. Speaking in Paris on Wednesday, Macron promised an even firmer stance, vowing not to let “Islamists sleep calmly in our country.”

The Pantin mosque in the north of Paris was ordered to shut down, effective Wednesday, after it emerged that it had shared videos on Facebook calling for action against Mr Paty, as well as providing the address of his school.

Minister of Interior Gerald Darmanin has announced procedures to dissolve two associations — BarakaCity and the Collective against Islamophobia in France (CCIF) — describing them as “enemies of the Republic”. At least another 50 are in the sights of the authorities, according to Le Monde.

However, the ban could be challenged in court on grounds of freedom of association and freedom of religion. The ministerial decree required for dissolution arguably contravenes the Constitution and fundamental freedoms, as well as the 1905 legislation that separates Church and State, the basis for secularism, Figaro reports.

BarakaCity and CCIF have signaled that they will contest the decisions, and have accused the government of repression and, demagoguery, charging that it has exploited the outrage stirred up by the assassination of the teacher. The two associations are calling on Muslims in general to campaign through social media.

In order to put them into effect, the authorities have to back up their bid to impose restrictions with proof that the activities in question jeopardise the values of the Republic. A case against the two associations can be made based on material collected from social media.

However, if the measures are judged to be anti-constitutional on appeal, there is a risk of a boomerang effect: in short, failure to ban an association whose activities are deemed to be suspicious could result in a legal precedent reinforcing the association’s actual legitimacy.

Apart from the judicial aspect, experts warn that the real challenge consists of tackling the underlying roots of radicalisation as a phenomenon. This represent a much more difficult task than simply dissolving associations that disseminate messages of extremism and hatred or banning social media accounts that convey similar messages.

Since politicians, academics and the public all have different perceptions of the situation, achieving a consensus is problematic and entails risks of creating further divisions within French society.

In the circumstances, the issue of monitoring the role of media and social media becomes more acute. For example, in an interview with Europe1, the Minister of National Education Michel Blanquer has blamed “islamo-gauchisme” (the notion that the Left has been too tolerant and lax with regard to radical Islam) for wreaking havoc in society.

On the other hand, experts question the timing of the various measures being enforced. The government took serious measures in response to the attack, but why did it not act sooner if French intelligence was aware of threats to the teacher, and was alert to the activities of the Islamist activist involved in the case.

Seven people to appear in court

Seven people are to appear in court, including two students from the school and the father of one of the pupils in the class that Mr. Paty taught. All face charges of being complicit in the assassination and of liaising with a terrorist operation.

The anti-terrorism prosecutor gave an update of the ongoing investigation, saying a direct link had been established between the online campaign against the professor and his subsequent murder, FranceInfo reported. According to the latest information, the attacker had been in contact with the father of the pupil, and paid the two students for pointing him towards Mr. Paty on the school premises.

Furthermore, according to a LeMonde investigation of the alleged assailant’s social media, he had actively sought potential targets prior to attacking the professor. Since June, he had been actively sharing his radical thoughts on social media, presenting himself as “salafist”. He was more cautious when it came to sharing his plans to take action, according to an analysis by the French online media platform Mediapart.

Those in detention include Abdelhakim Sefrioui, known to the authorities as having been associated with the salafi-jihadist movement since the 1980s. He has acknowledged being in contact with the father of the student but denied having been informed of any plans to violently target Mr. Paty, according to BFMTV.

The Council of Ministers has decided to shut down the Sheikh Yassine Collective, an association named after the founder of the Hamas Palestinian movement, where Sefrioui was mostly active.

President Emmanuel Macron delivered an emotive speech in a highly symbolic ceremony at the Sorbonne University to honour the memory of Samuel Paty, where he posthumously awarded him France’s highest award, the Legion d’Honneur. He described Paty as a “symbol of freedom” to the tune of U2’s song “One” and read a letter by Albert Camus, written when the author received the Nobel Prize.

The site of the ceremony was carefully chosen. As one of the world’s oldest universities, the Sorbonne is a symbol of the French Republic’s values, notably freedom of speech and expression, recurring themes in the eulogy Macron delivered. Praising the crucial role of educational institutions as pillars of society, Macron proclaimed there was not place in the Republic for ignorant cowards like the extremists.