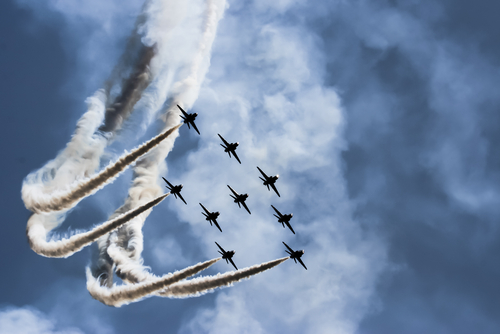 Brussels (Brussels Morning) France and Germany have agreed to set a deadline for reaching agreement on the development of a stealth fighter jet, DW reported on Tuesday.

Germany’s Defence Minister, Annegret Kramp-Karrenbauer, noted during her visit to Paris that the Franco-German project worth roughly one billion euro is at a “very decisive phase” with just some details in need of clarification.

“We as politicians expect the industry to jointly find a viable basis which we can accept” and then develop the project accordingly, she said.

Kramp-Karrenbauer pointed out that the German parliament wants the government to decide on the project before the elections slated for September, which is why Berlin wants to reach an agreement sooner rather than later.

France’s Minister of the Armed Forces, Florence Parly, agreed with her German counterpart that a deal should be reached by the end of the month, noting that she was “confident we can get there together”.

Need to speed up progress

French MPs warned earlier this month that the project needs to move forward if the jet is to be operational by 2040, as planned.

To date, progress on the project has been slowed by lack of agreement as to the allocation of property rights for the technologies used in construction as well as the sharing of construction responsibilities.

After weeks of negotiations, the French Dassault Aviation aircraft maker and its counterpart Airbus have reached agreement on how to share the burden.

The two companies will make many of the components needed in the manufacture and production of the planned jet, which is intended to help the EU integrate its defence forces and move towards military sovereignty.

According to current plans, the first prototype is to start test flights in 2026 and the new jet should be operational by 2040, eventually replacing the Eurofighter.Dassault is heading the jet development part of the project and Airbus is leading the development of the communications network and drones.