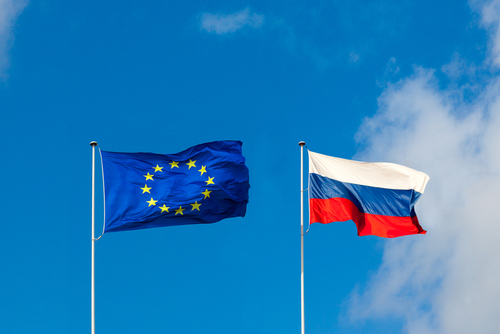 Brussels (Brussels Morning) France and Germany failed to convince other EU member states meeting in Brussels to hold a summit with Russian President Vladimir Putin. Late on Thursday night, their counterparts in the bloc demurred, claiming the move would send the wrong message.

After the meeting, Lithuania’s President Gitanas Nausėda indicated that “many leaders” had been opposed to the suggested summit, Reuters reported on Friday.

The Prime Minister of Latvia, Arturs Krišjānis Kariņš, noting that diplomacy had failed to resolve the conflict in Ukraine, cautioned that the EU would be rewarding Russia were the proposed summit to take place.

EU leaders determined that the bloc should threaten Russia with sanctions should Moscow continue to target the EU with disinformation, cyberattacks and various efforts to sow division among member countries.

They called on the European Commission and Josep Borrell, the High Representative of the EU for Foreign Affairs and Security Policy, “to present options for additional restrictive measures, including economic sanctions”, against Moscow.

Sanctions could be expanded

The bloc has imposed sanctions on Russia’s defence, energy and financial sectors as well as against individuals accused of human rights violations. According to diplomats, additional sanctions could target Russian money laundering operations or oligarchs, along the same lines as the UK initiated in April.

The Kremlin at first welcomed the summit idea, stressing the importance of rebuilding dialogue between Russia and the EU. Russia’s Minister of Foreign Affairs, Sergey Lavrov, even wanted more details about the plan.

Some EU member states were sceptical, maintaining that Russia has not been taking the bloc seriously. They cited how Moscow had expelled EU diplomats without warning during Borrell’s visit to Russia at the start of the year.

Lithuania’s Nausėda warned that “we should be extremely cautious — this is not like the relationship of Russia with the US“.

The EU and Russia blame one another for the instability and lack of security existing between them. Both sides deny any wrongdoing.