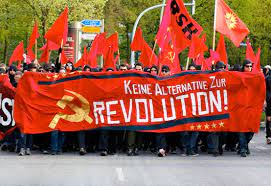 Brussels (Brussels Morning) French authorities have detained seven Italian nationals suspected of belonging to the Red Brigade radical left-wing organisation. The seven were reportedly on the run for decades, fleeing their country after being charged with terrorism for crimes committed during the 1970s and 1980s, France24 reported.

Arrested were five men and two women, while the authorities are still looking for three other Italian nationals, according to a statement from the French presidency. The Elysée Palace provided few details other than to say decision to arrest was in line with a longstanding French policy of granting asylum only to persons that have not been convicted of murder.

The arrests came as a response to Italy’s requests to President Emmanuel Macron to extradite the radical guerillas, who had been hiding in France for decades to avoid prison sentences in their home country.

Some hundreds of people were murdered during the social and political turmoil that engulfed Italy between the late 1960s and early 1980s, a period marked by waves of bombings, assassinations and street warfare between rival far-right and far-left militant factions.

The Red Brigades were the most notorious of the groups, blamed for hundreds of murders including the kidnapping and killing of former prime minister, Christian Democrat leader Aldo Moro in 1978.

French Interior Minister Gérald Darmanin told France Inter radio that it would be up to a French court to decide whether the ten Italians will be extradited to Italy. Irène Terrel, legal representative of five of those arrested, accused the French presidency of committing an act of “unspeakable betrayal”.

“These people have been living under French protection since the 1980s. They have started a new life here, known to all, with their children and grand-children”, Terrel said.