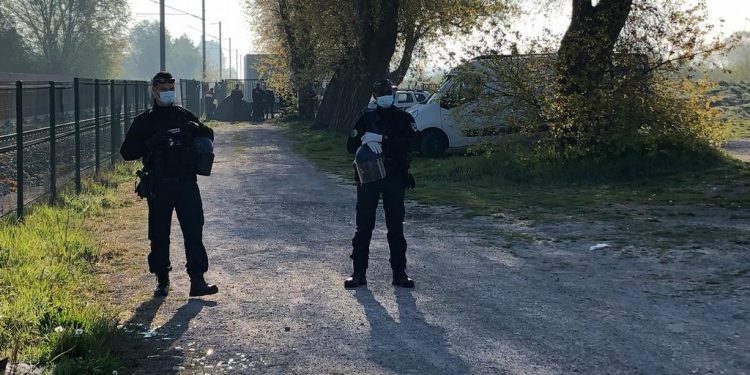 In northern France, a makeshift camp occupied by those seeking asylum and migration – quite typically in Britain as it sits across the short stretch of the Channel between England France – has been cleared by French police officials.

The Calais camp reportedly had around 700 occupants and was dismantled shortly before sunrise, police sources told Reuters. Many of those staying in the camp were from countries affected by conflicts, such as Afghanistan, Iraq, Syria, Somalia and Sudan.

The residence of people migrating through irregular means in the port city has concerned British authorities lately as a number of journeys on flimsy boats have taken place over the summer months.

In August, a harrowing report emerged of a Sudanese national, Abdulfatah Hamdallah, who was found washed up on Calais’s Sangatte Beach after trying to cross the channel using shovels for oars.

The Home Secretary has called the irregular boat journeys “unacceptable” and has even mooted the idea of using naval ships to prevent them.

Britain has also pressured the French government to prevent people from leaving while France has said it has stepped up patrols.

According to Sky News, at least 5,385 people made this journey between 1 January 2020 and 6 September, compared with at least 1,110 over the same period the year before.

“We want to avoid a concentration and a new gathering point in Calais,” said Louis Le Franc from the northern Pas-de-Calais department.

Le Franc said it was the largest dismantling of a camp in the area since the large decampment that some labelled ‘the Jungle’ over 2015 and 2016.

“It was important to get the migrants out before… the winter period”, he continued.

Maya Konforti from the organisation Auberge des Migrants said the evacuees would be back.

“We spend a lot of money to move dozens of people in buses”, she told France24, “but it serves absolutely no purpose. It’s messaging, nothing else”.

The migrants know, Konforti said, “that England is their last chance”.