France and Turkey vie for influence in Africa 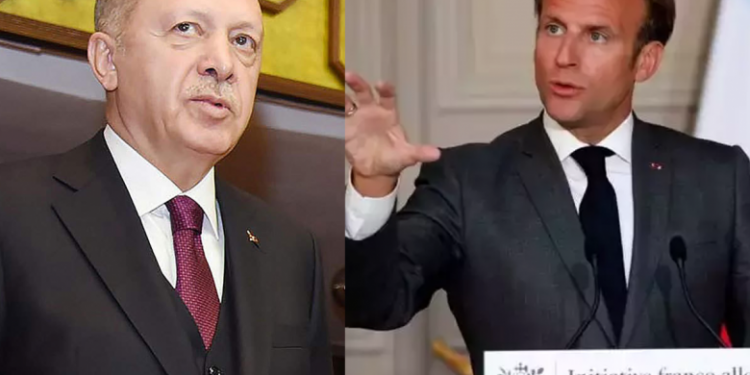 Brussels (Brussels Morning) At first glance, France and Turkey may appear to be at loggerheads in increasingly heated exchanges about the controversial caricatures of the prophet Muhammad and the violent fallout that ensued, but the two countries are also at odds in their efforts to influence events unfolding in North Africa and nearby, RFI reported yesterday, Monday.

Sinan Ülgen, who chairs the think tank Centre for Economics and Foreign Policy Studies (EDAM), points out that France has entered a strategic alliance with the United Arab Emirates in the fight against Islamism in North Africa and the Middle East, while Turkey is supporting Islamism through its relationship with the Muslim Brotherhood and similar entities.

Turkey’s President Recep Erdoğan has been highly critical of France’s alliance with Egyptian President Abdel Fattah el-Sisi. Added to this, the two countries have thrown their support behind opposing sides in the Libyan civil war.

Retired Turkish admiral Cem Gürdeniz pointed out that France, for so long accustomed to being a dominant influence in North Africa, now faces challenges from Turkey and others in a region where the French were once a controlling colonial power.

Gürdeniz said the Turkish Navy’s appearance in the region has proved unsettling to the French, especially given the fleet’s operations off the coast of Libya and the presence of Turkish Armed Forces in Libya.

Both underscored how Turkey is now challenging France’s influence, not just in North Africa but in many predominantly Muslim countries in West Africa that were once French colonies, he said.

According to Emre Caliskan from the Department of Politics and International Relations at Oxford University, Turkey is seeking to become a new political player in Africa. Ankara, he claims, wants to strengthen its diplomatic, political and military presence in the region, which would constitute a threat to French influence and interests there.

Caliskan predicts that President Erdoğan is planning to exploit the current dispute over the cartoons controversy in his fight against France’s influence in Africa. Ankara stands to widen its sphere of influence in sub-Saharan Africa because of it, he maintains.

Earlier this year, Turkey’s Minister of Foreign Affairs Mevlüt Çavuşoğlu signed a defence and mineral exploration agreement with Niger. Turkey has also been making similar overtures in Mali. In the course of the last decade or so, Turkey has opened more than a dozen embassies in Africa.