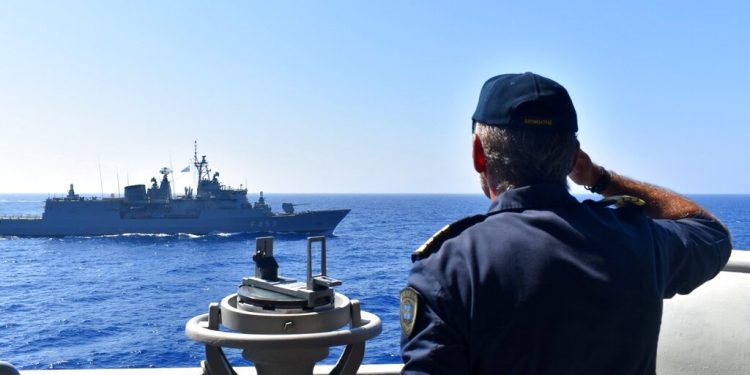 Earlier this week, French President Emmanuel Macron and his Turkish counterpart Recep Erdoğan held their first conversation since the standoff over growing tensions in the Eastern Mediterranean, Reuters reported, Wednesday.

After the hour-long call, the French Foreign Ministry expressed hope that the renewed dialogue with Turkey can continue. The Ministry noted that Macron urged Turkey to respect the sovereignty of EU member states and to refrain from further unilateral action which could reignite tensions. Similarly, the officials in the Turkish presidency pointed out that Erdoğan had stressed the need for using diplomatic channels to de-escalate the situation and get back to negotiations.

Relations between Turkey and the EU are strained over several issues, including Turkey’s gas exploration in disputed waters in the Eastern Mediterranean which have put Turkey at odds with Cyprus and Greece.

At the UN General Assembly session on Tuesday, Macron indicated his willingness for further talks. Europeans are prepared for dialogue, he said, but there must be respect for international law, and cooperation and respect between allies. These principles are non-negotiable, he asserted.

President Erdoğan dispatched the research and exploration vessel Oruç Reis to contested waters in the Eastern Mediterranean last month, with an escort of naval ships, Bloomberg reported. The move irked Cyprus, Greece and other EU member states. France sent a warship and two fighter jets to the disputed area by way of response.

Germany, currently holding the EU presidency, plus several other EU member states are resistant to the idea of a rush to impose sanctions against Turkey. They would prefer to  focus on negotiations since the bloc has many open issues with Turkey, including its perceived use of migrants as geo-political pawns.

Cyprus meanwhile, fearing that Germany and the EU are not prepared to take a tough stance against Turkey, this week used its veto to hold back planned sanctions against Belarus as a ploy to apply pressure on the EU to take stronger measures against Ankara.