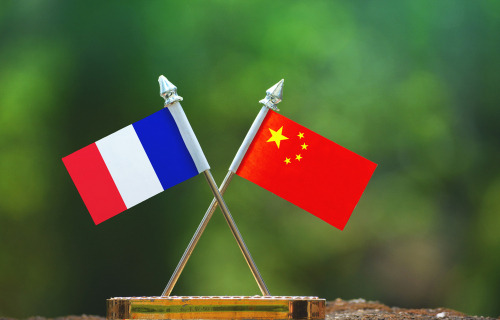 Proponents hope that the seven projects, worth more than 1.7 billion US dollars, covered by the new cooperative venture will improve transparency of China’s foreign investments, DW reported yesterday.

According to a statement by China’s National Development and Reform Commission (NDRC), “French enterprises have a unique advantage in advanced manufacturing, environmental protection and engineering construction, while Chinese firms have accumulated rich experience in basic infrastructure construction, energy, equipment building and the internet.”

The NDRC went on to say that enterprises “from both countries are complementary, and have a huge potential for third-party market cooperation.”

Critics have contended that Chinese investments in smaller countries tend to have corrosive effects, with some citing China’s strengthened ties with oligarchs in the Czech Republic and Slovakia, as examples of how Beijing managed to exert influence in government communication networks there.

After Serbia, Hungary has Eastern Europe’s highest share of investments from China and it is planning new projects. China has invested roughly 5 billion dollars in Hungary, mostly through the Huawei technology corporation and the Bank of China.

China also has significant ties with Poland, especially in railway transport since Poland is an important transit country for Chinese railway cargo transport.

Morover, Bulgaria and China signed a strategic partnership agreement in 2018.

CEECAS says that of the roughly 129 billion dollars China invested in Europe between 2000 and 2019, just10 billion was invested in CEE.

The World Bank expects demand for infrastructure spending in Africa to exceed 300 billion dollar annually by 2040.