France admits to torture and murder of Algerian freedom fighter 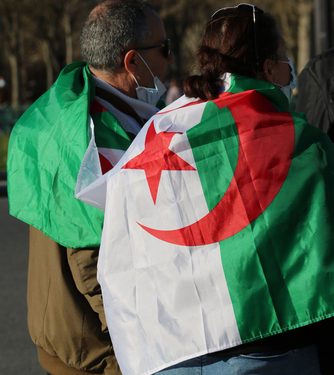 Speaking to Boumendjel’s grandchildren, Macron reportedly told them that the official French account of his demise in captivity was a lie. “Ali Boumendjel did not commit suicide. He was tortured and then killed”, Macron said, noting he made his confession “in the name of France”.

The brutal, eight-year war of independence between Algeria and France was marked by numerous incidents of torture, disappearances and deaths in custody. Until now, most French presidents have steered clear of commenting on a conflict for long associated with national humiliation and brutality.

Macron broke new ground during his election campaign, when he said that the French occupation of Algeria was a “crime against humanity”, only to face stark criticism in January when he refused to issue an official apology for abuses committed during the war.

The president instead initiated the formation of a “truth commission” tasked with investigating France’s colonial past in more detail. The subsequent report was described as “not objective” by the Algerian government, which accused it of “falling below expectations”.

The Elysée Palace issued a statement formally noting that Boumendjel was arrested during the battle of Algiers by the French army, “”placed incommunicado, tortured, and then killed on 23 March 1957”.

Even though the former head of French intelligence in Algiers, Paul Aussaressess, confessed in 2000 to ordering Boumendjel’s death and disguising it as a suicide, it has taken the French government 21 more years to formally acknowledge what happened.