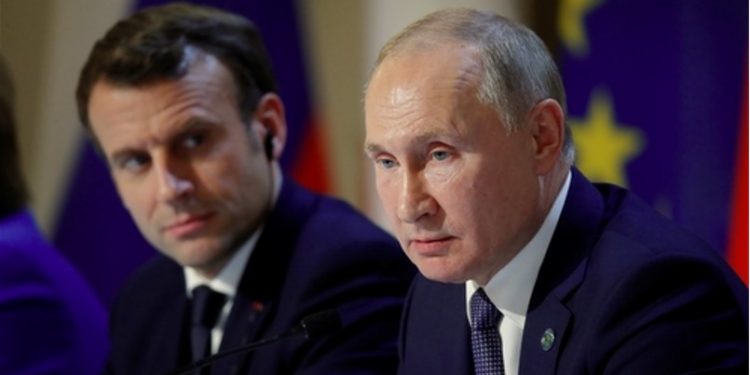 Brussels (Brussels Morning) France’s Foreign Minister, Jean-Yves Le Drian, accused Russia on Friday of attempting to divide the EU by engaging in negotiations over Ukraine directly with the United States.

Talking to France’s BFM TV, Le Drian cited the coming talks between US and Russian diplomats, scheduled to take place in Geneva on Monday, as an example of Putin wanting “to bypass” the European Union. “He wants to put dents in the EU cohesion, which is solidifying”, Le Drian said

The tensions between Russia and the west over Ukraine are at an all-time high, with Moscow deploying some 100,000 troops near the borders with its smaller neighbour, while keeping an option open to launch a full-scale military invasion of the country.

Putin is seeking a series of concessions from NATO in return for a de-escalation of the border situation, including a pledge never to accept Ukraine into the alliance. He is also demanding that NATO removes most of its troops from former Soviet Union countries, which Moscow insists are part of its sphere of influence.

Accordiing to Le Drian, Putin has proposed discussing a “return to the zones of influence from the past” with NATO. This would amount to Russia “restoring the spirit of Yalta”, which he said would “not [be] our point of view, but we have to accept the discussion.”

The EU has refrained from engaging with Putin directly ever since Russia annexed the Crimea peninsula from Ukraine in 2014, a move that prompted international sanctions against Moscow and the removal of Russia from the so-called Group of Eight forum.

Senior French and German diplomats met with Russian officials in Moscow on Thursday, as part of efforts to revive the lapsed peace talks over eastern Ukraine, where Moscow-backed separatists continue to hold territory.

Following Le Drian’s statements on Friday, France’s President Emmanuel Macron announced that he plans to have a discussion with Putin in the near future. However, he did not elaborate on the details.