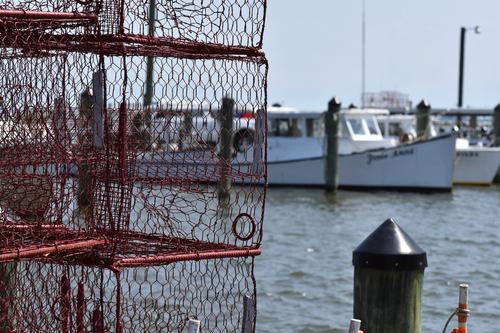 Brussels (Brussels Morning) France has accused the Channel Island of Jersey of violating the Brexit fishing deal by not granting enough fishing licences to France boats.

The French Minister of the Sea, Annick Girardin, meeting with fishing representatives declared that “it is obvious beyond doubt that Jersey is not respecting the Brexit deal”, RFI reports.

Jersey, a UK Crown Dependency in the English Channel, has been one of the focal points in the fishing row that erupted between France and the UK in the wake of the Britain’s departure from the EU.

Girardin pointed out that the authorities in Jersey had failed to respond to 46 requests for fishing licences that had been submitted by French vessels, noting also that 52 additional licenses had expired at the end of last month.

Jersey, she said, “is showing an unwillingness to cooperate with us”, maintaining that the Crown Dependency is bent on denying French fishermen “access to Jersey waters.”

Jersey and the UK dismiss the accusations and say that the licence requests were rejected because the French fishermen were unable to prove that they had previously operated in British waters.

Girardin indicated that the French authorities are preparing between 40 and 60 million euro to help French fishermen who have lost their licences.

Saying that she hated “talking about the idea of financing boats that don’t go out to sea”, the French Minister did acknowledge the “need to organise the possibility of fleet reductions”.

Loïg Chesnais-Girard, President of the Regional Council of Brittany, observing  that “the battle is not lost and the negotiations are not over”, while stating “I cannot accept that we start a massive move to destroy boats.”

Girardin previously suggested that France could restrict the export of electricity to Jersey and that UK boats could be banned from unloading at French ports. She also cautioned that the French authorities might institute inspections for all UK imports.

Negotiations between France and the UK helped ease tensions earlier this month, but the two sides did not arrive at a permanent solution.