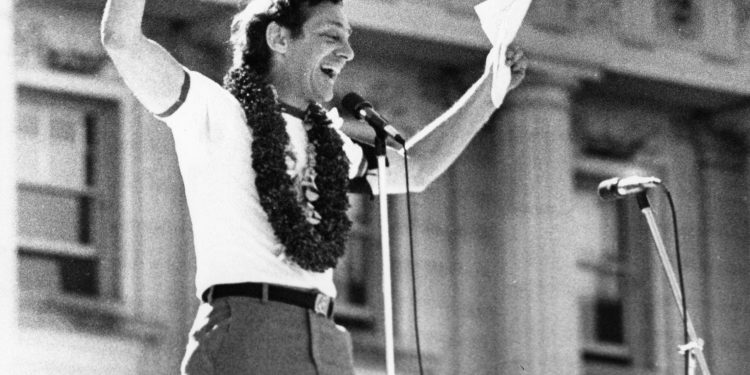 New York (Brussels Morning) Forty-three years ago today San Francisco was shaken by events that changed the city forever when our mayor and one of our city supervisors were assassinated.

However, other than among San Franciscans of a certain age, Mayor George Moscone, who was assassinated moments before Milk, is all but forgotten. That is unfortunate because Moscone was a ground-breaking progressive who, on issues ranging from LGBTQ rights to lunch programmes for lower income school-children, made enormous contributions to his city and, because he was the majority leader of the state senate for close to a decade, the State of California as well.

The assassinations of Moscone and Milk may seem like ancient history now, but it is worth remembering not just these two people, but the events that led Dan White, a disgruntled former city supervisor, to kill them. Because of who Harvey Milk was, the assassinations are generally framed as being about White’s anti-gay sentiments. Based on White’s rhetoric, voting record and numerous conversations I have had with people who knew him, it is clear that he was a homophobe and did not want to extend any rights or protections to gay people, but that is not what drove him to murder.

These assassinations occurred at a time when the media and other conservative forces were portraying crime as being out of control. The police unions, known as the Police Officers Association or POA in San Francisco, were using that as a way to fight any effort to reform the Police Department, while civil rights activists were pushing hard for that reform. This should sound pretty familiar to anybody looking at the US today. There were some differences between then and now too.

Crime in San Francisco in the mid-1970s was a much bigger and more legitimate problem than it is in American cities today. Back then, the slogan “defund the police” had not been heard yet. Instead, civil rights groups in San Francisco were advocating for more diversity in the police force and meeting with the same angry resistance that police reform advocates confront today.

White had left the Board of Supervisors just before a key vote on integrating the police force was to be taken, and the POA wanted him to get his old seat back. His old friends in the Police Department made it clear to White that this was something they expected him to do. However, Moscone had no interest in giving the angry and reactionary White another chance, and was preparing to appoint somebody more progressive to the empty seat. White made one last effort to persuade Moscone to reappoint him and when that failed shot and killed the Mayor before making the short walk to Harvey Milk’s office and killing him too.

Anger, bigotry and a sense of entitlement–

White felt he was entitled to a position on the Board of Supervisors, and the POA believed they were entitled to do keep the force overwhelmingly white-that, at least in part, motivated Dan White, is the same energy that drives the police unions and the opposition to police reform today.

The assassinations of Moscone and Milk should be understood on many levels. Two very different men-one a handsome and charming Italian American son, perhaps prince, of San Francisco who had been raised by a single mother and been an All-City basketball player before becoming a progressive politician; the other a gay Jewish New Yorker who brought his quick wit, intellect, humour and unmistakable New York accent, to his adopted city and to the gay liberation movement-were killed while still in the prime of life. San Francisco was a poorer city for losing those two larger than life personalities.

The assassinations also set back progressive politics in San Francisco for at least a decade as Moscone was replaced in City Hall by Dianne Feinstein, a more moderate and traditional Democrat who was much more comfortable working with the financial and political powers that had run the city for decades. To a great extent, the San Francisco of 2021, where wealth income inequality is a massive problem and where a history of progressive politics and avant garde culture has faded away in favour of tech money and skyrocketing rents can be traced to that day.

Nonetheless, the vision that Moscone and Milk shared, and that was groundbreaking at the time, of a city whose government was as diverse as its people, where discrimination for any reason-including sexual orientation-was outlawed, where neighbourhoods had a bigger say in what happenened in the city and, yes, where police power is reined in, ultimately became the ideas that formed the core of progressive urban governance everywhere in the US.