Former Swedish PM Lofven gets another shot at forming government 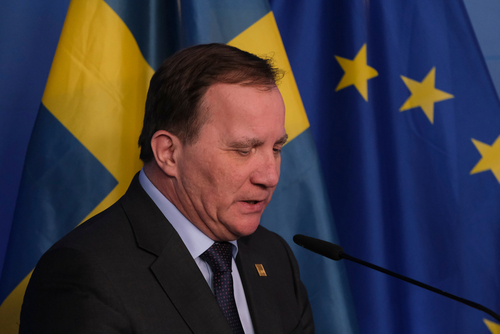 Brussels (Brussels Morning) Swedish Moderate Party leader Ulf Kristersson has abandoned his attempt to form a right-wing government, given the current composition of the Swedish parliament and his bid having been rejected by a key centrist party.

Speaking to the media on Thursday, Kristersson conceded that the parliamentary conditions for forming a centre-right government “do not exist”. The right-wing leader was handed a mandate to try and assemble a ruling majority by the Speaker of the Riksdag, Andreas Norlén, when the Socialist Prime Minister Stefan Lofven was forced to resign on Monday after losing a no-confidence vote last week.

Left-wing and right-wing parties are currently evenly matched in the Riksdag, making prospects for assembling a ruling majority very difficult. After emerging from the 2018 elections as a relative winner, Lofven was forced to engage in four months of negotiations with smaller parties, before ultimately forming a minority government which ruled with the support of the left-wing Left Party.

However, once the Left Party, angered by plans to remove rent price caps for landlords, announced it would withdraw its support for the Lofven government, the right-wing Sweden Democrats called for a vote of no confidence. This led to Lofven becoming the first PM in the country’s history to be recalled in such a manner.

Now Lofven could yet make a comeback, as Norlén will most likely have to hand over the mandate for forming a new government to the former union leader. With regular elections scheduled for next year, the country in the midst of a coronavirus crisis, and snap elections unlikely to shift the balance of power in the Riksdag, Lofven’s odds of a return to office are not as low as they once appeared.

WIth stronger backing than Kristersson had, Lofven could still get his next government confirmed by the parliament. Even so, it is likely his legislative power would be severely limited since the left-wing and liberal parties whose support he would require are unlikely to agree on a common policy.