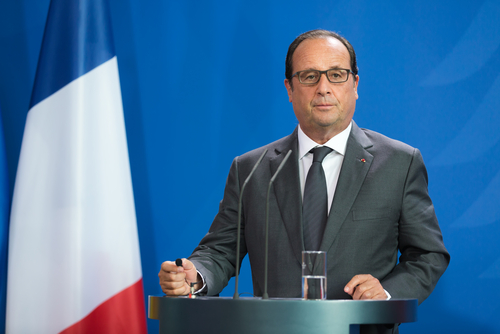 Brussels (Brussels Morning) Former French President François Hollande was the only witness appearing on Wednesday before the special criminal court where 20 defendants are being tried for alleged involvement in the November 2015 Paris terrorist attacks.

Hollande answered the court’s questions for more than six hours, and was quizzed on the responsibility of French security forces and French foreign policy for the attacks which resulted in 130 deaths and more than 416 injured.

The former president faced two lines of questioning. The first dealt with whether the French security forces failed in their duties by underestimating the terrorist threat level in late 2015, and the second queried whether the attack was provoked by an illegal intervention against Islamic State on Syrian territory.

Hollande answered both lines of questioning at length, but ultimately asserted that the security forces had not failed, and that the attack had not been provoked by French actions in the Middle East. Hollande noted that French airstrikes on Syrian targets took place on 27 September 2015, when preparation and planning for the Paris attacks was already underway.

He conceded that there were “obviously security failures, since the attacks took place”. Hollande acknowledged the security forces were unable to prevent them. “We knew there was a terrorist threat. But we had no idea when or where or how or by whom that would become a real danger”, he said.

“We did everything we could have done. But we didn’t have the decisive information that could have identified either the targets or the attackers”, Hollande allowed, stressing how aware he is of “how much suffering that has caused”.
The trial of 20 suspects believed to have participated in the attacks or assisted in their execution has more than 145 days of scheduled court hearings, and is taking place in a specially-constructed, high-security courtroom. It is expected to last at least nine months in total, with the verdict expected no sooner than May of next year.