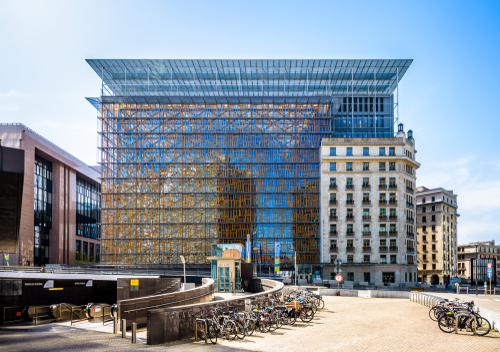 Brussels (Brussels Morning) Former European Council President Donald Tusk returned on Saturday to the helm of the party he helped establish, in a rekindling of his old rivalry with the head of the right-wing Law and Justice (PiS) party, Jarosław Kaczyński.

Having ruled Poland as Prime Minister for two terms between 2007 and 2014 with his Civic Platform (PO) party, he resigned to take on the position of President of the European Council. His successor as PM, party colleague Ewa Kopacz, served out the remaining year of his term, when the PiS returned to power in the parliamentary elections that followed.

Tusk was reelected PO leader on Saturday, after a series of talks within the party about who should succeed departing leader Borys Budka. Given a choice between Tusk and liberal Warsaw Mayor Rafał Trzaskowski, Tusk emerged as the party’s preferred option.

Heading the Council during a tumultuous period that was marked by Brexit uncertainties and a deterioration in relations with Russia, Tusk was widely viewed by other European leaders as a very good President, one who worked hard to achieve compromise and reach consensus between the 28 leaders of EU member states. On being succeeded by Charles Michel as head of the Council in 2019, Tusk remained active in European politics and was elected president of the European People’s Party (EPP).

As a pro-European politician, Tusk has regularly clashed with Kaczyńsky and PiS. Poland’s conservative party has engaged in a sweeping overhaul of the country’s judiciary. Brussels maintains that the move, based on the party’s platform of “traditional, Christian values” and its pledges to fight against “LGBT ideology and propaganda”, infringes on the independence of the courts.

The unofficial “illiberal alliance” with Hungary’s right-wing Fidesz party and its Prime Minister Viktor Orbán has meant that the two countries’ conservative governments usually guard one another’s backs against EU reprisals when it comes to suspected breaches of the rule of law and shrinking press freedoms.

On returning to head PO, Tusk pledged it would be his final term as the party’s leader. Delivering a scathing condemnation of the PiS government, he declared that “evil rules in Poland today”. He described his party as a necessary force that can win the battle with PiS for the country’s future.