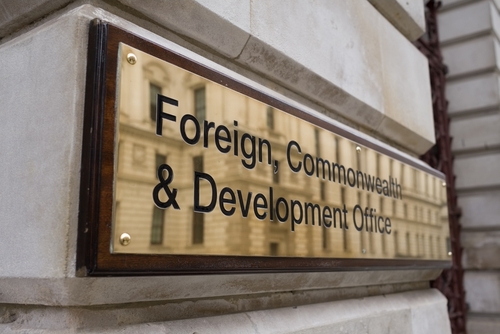 The United Kingdom, (Brussels Morning Newspaper) Former leaders of Commonwealth countries have penned an open letter in support of the Global Fund to Fight AIDS, Tuberculosis, and Malaria, calling on their governments to ensure it has the necessary resources to tackle the three killer diseases at the Fund’s replenishment conference later this year.

The letter is signed by 15 former leaders of Commonwealth nations, and the document comes as the Commonwealth Heads of Government Meeting begins in Rwanda, and warns that the global effort to beat AIDS, TB, and malaria is off track.

The Document highlights how we are at a crucial juncture in the fight against AIDS, TB, and malaria: “We are close to finishing the fight against these killer diseases, and face a choice. We can either invest in something that works or we can allow progress against three of the biggest killers in human history to be lost.

Former President of Malawi and Member of Club de Madrid Joyce Banda said that the world must rise to the occasion and commit bold support to the fight against these killer diseases.
“The Commonwealth, as a unique and tight-knit group which contains countries from all corners of the globe, is the ideal voice to show that there is international pressure for a successful Global Fund replenishment.”, noted Banda.

On the other hand, Marie-Louise Coleiro Preca, the former President of Malta and Member of Club de Madrid underlined that as we gradually leave behind the harsh realities of a pandemic, we cannot neglect three other killer communicable diseases, AIDS, TB, and Malaria.

In the context of the events Mike Podmore, Director of STOPAIDS, said that failure to meet the Global Fund’s replenishment target would risk decades of progress made against these diseases.
“These former heads of government raise their voices at what is a critical juncture in this fight; after the shock of the COVID-19 pandemic, it is more important than ever to strengthen health systems, particularly to fight current and future pandemics. For the UK, this means not abandoning its track record of leadership in support of the Global Fund, to step away now would also risk leaving matched funding from the US on the table – further impacting the global response.” – said Podmore.

Tags: Commonwealth Heads of GovernmentMain-Slider
No Result
View All Result