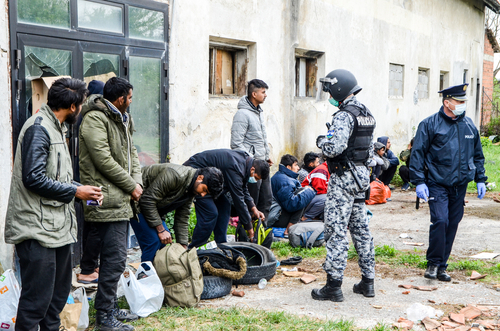 Most of the activists came from Italy and joined forces with others from Austria, Germany, Slovenia and Spain, DW reported on Saturday.

They demanded that Croatia stop protecting the EU’s external border and called for the abolition of the European Border and Coast Guard Agency (Frontex), asserting that the border regime kills thousands of people each day.

According to the Danish Refugee Council, a non-profit organisation, Croatian border authorities have sexually abused, robbed and whipped migrants, while Human Rights Watch has called on the EU to sanction the country over “pushbacks.”

Croatian authorities have repeatedly rejected accusations of violence against migrants attempting to enter the bloc from BiH.

In order to fully integrate into the EU, Croatia needs to join the Schengen Area, which requires the country to demonstrate it is willing and able to protect the bloc’s external border, DW reported last year.

At the end of 2020, Germany’s Chancellor Angela Merkel and France’s President Emmanuel Macron called for tighter control of the EU’s external borders after a series of terrorist attacks within the bloc.In 2015, the Islamic State of Iraq and the Levant (ISIL) claimed that it successfully smuggled thousands of terrorists among asylum seekers into the EU.