For the Right Wing, Everything is a Hoax 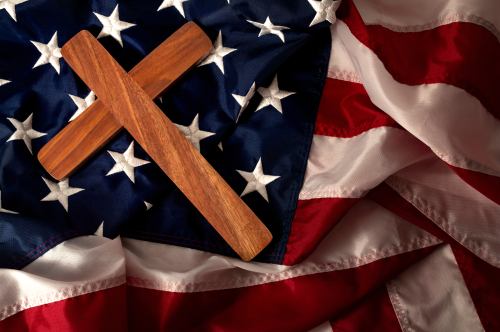 Evangelical America, christianity, born again christian and fundamentalist religious right concept with close up on a wooden cross or crucifix on the american flag with dramatic light and moody tone

New York (Brussels Morning) This week’s summit between US President Joseph Biden and Russian president Vladimir Putin cannot be entirely separated from the events of 2016, and because of that, the current state of the Republican Party.

Shortly after the 2016 election, as journalists and law enforcement began to look into the relationship between the Trump campaign- and later the Trump presidency -and the Kremlin, Trump loyalists, a category that now includes the entire Republican Party, spoke of a deep state conspiracy against Trump and America.

Within a few months, the GOP settled on the phrase “Russia hoax,” and screamed, literally and metaphorically, those words whenever any of the ample evidence of that relationship was presented.

Hoax is an important word in the contemporary GOP lexicon. It is the political equivalent of Charlie Brown pleading with Schroeder “Tell your statistics to shut up!” Despite this, we have long known that the links between Trump and Russia were anything but a hoax. The evidence, whether in the form of Donald Trump Jr.’s emails, a Republican-led Senate investigation, the Mueller Report or other sources, is clear.

The Mueller Report in particular, offers ample evidence that the Trump campaign and Trump himself had ties to Russia that lie somewhere between very sleazy and traitorous. Attorney General William Barr’s deeply dishonest letter about the report and Trump’s subsequent repetition of the phrase “total exoneration” doesn’t change that. Moreover, since Trump left office, the ties between the former administration and the Kremlin have become more evident.

Trump’s relationship with Russia is the primal scandal around Donald Trump. It is a thread that, once firmly pulled, could further unravel financial and other scandals not only involving Trump but other Republicans, as well as Republican-adjacent organisations like the NRA. That is why the cost of entry into the GOP today is to denounce it all as a big hoax.

Unfortunately, the Republicans have continued to apply this word to anything else they don’t like. In early 2020, Donald Trump all but described COVID as a hoax. That sentiment was shared by many of his supporters, the most ardent of whom believed that the pandemic was a hoax created by the Democrats in order to destroy the economy and defeat Trump. Trump’s inaction around Covid led to the deaths of probably hundreds of thousands of Americans, so calling it a hoax was his strategy for avoiding blame for what was essentially a crime against humanity.

Amazingly, although Trump and many other powerful Republican found their way to the front of the vaccine lines, there is still a large group within the Republican Party who believe that the vaccines are a hoax. This is harder to explain, but it is a sad reminder of just how deeply conspiratorial thinking and a tenuous grip on reality has permeated the right wing of American politics.

The disconnect with reality has grown worse over time. One of the reasons Republican efforts to dismiss accusations that Trump had ties to the Kremlin as a hoax was that the accusations, while generally accurate, seemed outlandish.

In pre-2016 America, the idea that an American president would receive election help from the Kremlin, side with Moscow rather than American intelligence agencies, lean on a Ukrainian president to dig up dirt on a major political opponent and all the other sub-plots of the Trump-Russia scandal seemed like the stuff of bad fiction. Accordingly, many in the insider punditry class sought to downplay or question these assertions.

COVID was different. While the president was suggesting it was a hoax, thousands of Americans were either experiencing the loss of a loved one, getting ill themselves or seeing news coverage of the crisis. Similarly, now that the overwhelming majority of Covid cases in America are found among the unvaccinated, the idea that vaccines don’t work is prima facie nonsense.

The newest manifestation of the Republican hoax fetish is the growing belief in the GOP that the January 6th insurrection either didn’t happen, was perpetrated by leftwing activists in disguise or was a false flag operation engineered by the FBI. To be clear, there is no evidence for any of these wild-eyed hypotheses. What the world saw on January 6th is precisely what actually happened. A mob of violent rightwing supporters of Donald Trump, in no small part incited by the then president, violently stormed the Capitol because they believed the election had been stolen from Trump.

By incessantly referring to anything that makes Donald Trump look bad as a hoax, the GOP has played a major role in the bifurcation of America. This is often referred to as polarisation, but that word suggests an equivalency between the two sides.

That is not the case now, but there are two Americas. The America in which about 60% of the country lives is one where COVID-19 was a deadly pandemic, vaccines save lives and there was something not okay about Donald Trump’s relationship with Russia. The second America, which includes many of the remaining 40%, is one where all of that is a hoax perpetrated by leftists trying to bring down Donald Trump. The former is based on reality, the latter in a very dangerous brew of fantasy and denial – and that toxic brew defines the worldview of today’s Republican Party.