Five years after the Samusocial scandal: municipal non-profit organisations hardly get any control 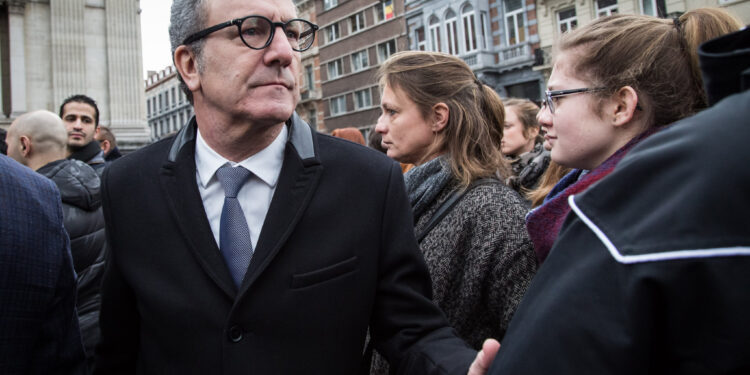 That is what the weekly magazine Telemoustique writes and Transparencia also reports to BRUZZ. Since 2017, after the scandal at Samusocial, the regional authority has been empowered to control municipal non-profit associations and their annual accounts. About a hundred people work for the guardianship, who are also involved in, for example, the control of municipal budgets. But according to Transparencia, they have never been involved in the control of Brussels non-profit organisations in the past five years, which is part of their remit.

There are at least 349 municipal non-profit organisations in Brussels, Transparencia calculated. The same order of magnitude is apparent from the annual reports of the National Bank. That is more than double the official reporting by the Region: only 149 non-profit associations were listed  at the last announcement in parliament in 2020 .

No control on subsidies

This always concerns associations that receive subsidies and support from the local government, such as Brussels Major Events, Brussels Expo or the Bravvo prevention service in Brussels City, but also smaller non-profit organisations such as the Triton swimming pool in Evere, the annual fair of Jette or the party committee. of Berchem-Sainte-Agathe. “Big or small, in both cases they have never been checked,” says Transparencia.

The organisation is not so much concerned about excessive fees, as in the case of Samusocial, but about abuse of subsidies and public tenders. Take, for example, the non-profit organisation Molenbeek Sport , which applied for subsidies of up to 1.2 million euros per year from the municipality. After an audit, that amount turned out to be excessive. For the sake of clarity, this happened after an inspection by the own municipality, not by the regional authorities.

Questions also arise about the independence of guardianship in these checks. The director-general of the regional guardianship is a PS member with a past in the cabinet of Brussels Prime Minister Rudi Vervoort. Until 2018, the same man was still a director at the Brussels non-profit organisation Gial, which that same year was discredited because of generous compensation  to their director. And the competent guardianship minister Bernard Clerfayt is still incumbent mayor in Schaerbeek. “The same people who create the non-profit organisations are in charge of their control,” denounces Transparencia, speaking of conflicts of interest.

“We never promised that we would check everything, that someone would re-read everything. We also did not receive extra staff for that,” Minister Clerfayt told BRUZZ. The minister denies that abuses can take place in this way: “We have not received any report from any municipality.”

It remains to be seen whether problems can effectively come to light if they are never checked. “It is the threat of control that causes a change in behaviour in the non-profit associations,” said the minister. “It’s done with secrecy, the NPOs have to send all activity reports and accounts. If it’s worth it, then we have evidence. It’s about the possibility that someone can check them.”

According to Transparencia, that explanation is insufficient. “Five years after Samusocial, there has not been a single check, that’s too long,” it sounds.