Five Eyes alliance could expand in scope to counteract China 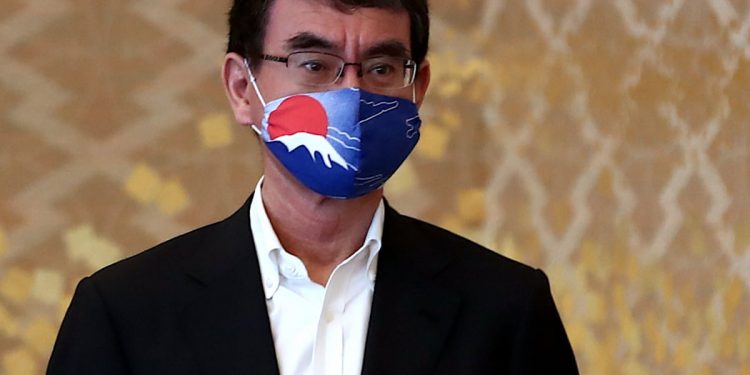 The Five Eyes intelligence alliance could be expanded to include Japan and broadened into a strategic economic relationship that pools key strategic reserves such as critical minerals and medical supplies, according to centre-right MPs working internationally to decouple the west from China.

The coronavirus crisis has revealed the west’s key strategic dependencies on China, and plans will be announced shortly under Five Eyes auspices for a major increase in production of rare and semi-rare metals from Australia, Canada, and America in order to reduce dependency on Chinese stocks.

Critical minerals, known as rare earth elements, are the key components in a wide range of consumer products including mobile phones, laptops and TVs, and have widespread defence applications in jet engines, satellites, lasers and missiles. On average, China has accounted for more than 90% of the global production and supply of rare earths during the past decade, according to the US Geological Survey.

The potential for an expanding role for the Five Eyes alliance, an intelligence relationship formed in 1941, is part of a growing interest among conservative democratic lawmakers to form a cohesive political and economic alliance to compete with China. The proposals have an added allure for British Conservative MPs looking for deeper trading relationships outside the EU and China. The current Five Eyes members are Australia, the US, Britain, Canada and New Zealand.

The idea of a Five Eyes free trade bloc has won the backing of Andrew Hastie, chair of the Australian parliament’s joint committee on intelligence and a longterm critic of China.

He told a Henry Jackson Society seminar on decoupling with China that: “once we review our supply chains and establish vulnerabilities – and I trust the other Five Eyes countries will do the same – that will give the basis for an understanding where we can mitigate one another’s weakness and yes there is a potential to build a free trading bloc. We should do everything possible to build out that network.”

The parallel proposal for Japan to become the sixth partner in the intelligence sharing relationship was made by the Japanese defence minister, Tarō Kōno, at a China Research Group seminar last week, and has been welcomed by the Conservative chair of the foreign affairs select committee Tom Tugendhat.

Tugendhat, who is also the founder of the China Research Group, said that “Five Eyes has been the core of our intelligence and defence architecture for decades. We should look at partners we can trust to deepen our alliances. Japan is an important strategic partner for many reasons and we should be looking at every opportunity to cooperate more closely.”

Kōno said Japan would welcome an invitation to join the Five Eyes grouping.

He warned the growth of the Chinese economy has allowed China to purchase foreign tech companies, adding: “This is a development we must monitor closely. Tech-partnerships with countries like the UK will be critical to countering China, pooling our investments and encouraging our people to study the skill sets needed for our high-tech sectors to grow.”

He added China was attempting to become independent of the US dollar economy through fast money-sending services, the introduction of their own internet, launching a digital renminbi and introducing a Chinese international order.

Kōno in his remarks stressed he was not seeking a military conflict with China, and was instead hoping to provide the Chinese Communist party with the space to cut defence spending, allowing democratic nations to take parallel steps.

Urging caution about economic decoupling, Pascal Lamy, the former World Trade Organization director general, predicted a more autonomous and closed China was likely to prove more dangerous. But he warned: “The west cannot coexist in a free trade relationship with a country that subsidies 30% of its economy. If China is not willing to accept global disciplines on state aid then we have to review a number of trade commitments – whether it is on public procurement or in specific sectors.”

He denied that China had cheated, but had instead exploited a general absence of WTO rules and disciplines, including on state subsidies.